Social Security Can Ignore Your Treating MD's Opinion, If The Gov't Non-treating MD Agrees With Other Evidence. 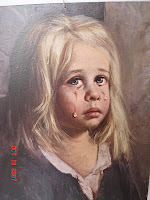 Before: PAEZ and FERNANDEZ, Circuit Judges, and GWIN, District Judge.***

Coulette Osmore appeals the district court’s judgment reversing the Commissioner’s final decision that Osmore was not disabled within the meaning of Title XVI of the Social Security Act, 42 U.S.C. §1383c(a)(3), and remanding the matter for further administrative proceedings. With her appeal, Osmore seeks an order that, on remand, the Adminstrative Law Judge (ALJ) must complete an entirely new evaluation of Osmore’s Supplemental Security Income and Disability Insurance Benefits applications. We affirm.

Evaluation of the Medical Evidence

The ALJ did not err by failing to discuss specifically Osmore’s MRI and CT scan results. “[I]n interpreting the evidence and developing the record, the ALJ does not need to discuss every piece of evidence.“Here, Osmore’s MRI results were consistent with her CT scan results. Both revealed that Osmore has the severe impairment spondylolisthesis. The ALJ properly considered Osmore’s medical records—including records that evaluated her MRI and CT scan—in evaluating Osmore’s impairments.

The ALJ did not err in evaluating the medical records from Osmore’s twelve other physicians. The ALJ noted Osmore’s history of back pain, cited several of Osmore’s physicians’ medical opinions and treatment records, and appropriately developed and considered the record.

Evaluation of Other Evidence

The ALJ did not err in discrediting Osmore’s symptom testimony based on inconsistencies with 1) the objective medical evidence and 2) Osmore’s daily activities. (Inconsistencies with clinical observations can “satisfy the requirement of a clear and convincing reason for discrediting a claimant’s testimony.”); (The ALJ may reject the claimant’s testimony when inconsistent with the claimant’s daily activities and contrary to the medical evidence.).

The ALJ did not err in failing to consider Osmore’s lay-witness evidence. In 2004, Osmore’s husband and sister prepared reports for Osmore’s prior Social Security benefits applications; the present application concerns disability beginning March 2005. Accordingly, these out-of-date lay-witness reports are not probative evidence of Osmore’s 2005 disability status. (“[T]he evidence which the Secretary ignored was neither significant nor probative.”). On remand, however, Osmore may seek leave to submit additional evidence from lay witnesses.

Other Claims of Error

AFFIRMED.
Posted by ichbinalj at 2:13 PM