If You Cannot Trust The Clerk At The Social Security Office To Help With Your Case, Who Can You Trust? 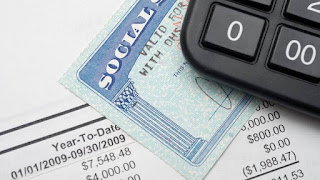 Oliver Montgomery was a Clerk at the Social Security Office.  His job was to help clients get their Social Security payments. Instead, he stole them,  more than $37,000 in all. He has been charged with theft of government money and aggravated identity theft.

He allegedly committed the crimes while on the job. He worked in a local office of the Social Security Administration (SSA).
Social Security fraud is a billion dollar industry – from false claims and continuing to collect payments after someone has died to forged Social Security cards and stolen numbers.

Montgomery’s scheme covered a 12-month period, during which he allegedly diverted tens of thousands of dollars from two Social Security beneficiaries.


After threatening an ex-girlfriend who planned to take him to court over a previous debt, Montgomery shot her a text message with a selfie he’d taken at the Social Security office. In the photograph, Montgomery posed with a large amount of cash.
“Show them that stack on my desk,” he told the former girlfriend in the text.

Instead, she eventually shared the text with federal investigators.
In one case,  Montgomery diverted more than $12,000 in back payments due to an unidentified woman. He first fraudulently requested that the woman’s suspended Social Security benefits be reinstated, then went into her electronic file to change the listed mailing address and bank account.

While interviewing Montgomery’s co-workers about that case, investigators uncovered another questionable transaction, involving Montgomery’s interactions with the records of a one-time prison inmate.

The man’s Social Security benefits had been suspended while he served his sentence. He was released in January 2017.

Montgomery hacked into the man’s account to show that he had been freed two years earlier – making the ex-prisoner eligible for a $27,000 back payment in Social Security benefits.
According to the affidavit, Montgomery enlisted an old high school friend to help him forge the necessary documents and reroute the money.

The friend received $2,000 and Montgomery got the rest. He is scheduled to appear in federal court.
(Based on an article by Gordon, M. and David, M)