How A Social Security Judge Can Tell When a Claimant Lies Under Oath. 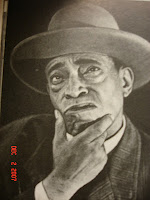 
MEMORANDUM DECISION AND ORDER
RONALD E. BUSH, Magistrate Judge.
Now pending before the Court is Petitioner Mickael Gorremans’ Petition for Review filed September 16, 2010, seeking review of the Social Security Administration’s final decision to deny his disability benefits. This action is brought pursuant to 42 U.S.C. § 405(g). Having carefully reviewed the record and otherwise being fully advised, the Court enters the following Memorandum Decision and Order.
I. ADMINISTRATIVE PROCEEDINGS
On January 9, 2009, Mickael Gorremans (“Petitioner”) applied for SSI disability benefits, alleging a disability onset date of December 24, 2008, when he was 56 years old. Petitioner’s claim was initially denied and, again, denied on reconsideration. Petitioner timely filed a Request for Hearing before an Administrative Law Judge (“ALJ”). On February 9, 2010, ALJ James W. Sherry held a hearing in Spokane, Washington at which time Petitioner, represented by attorney Louis Garbrecht, appeared and testified. A vocational expert, K. Diane Kramer, also appeared and testified. At the time of the hearing, Petitioner had past relevant work as a groundskeeper, machine operator, janitor, floor cleaner/buffer, certified nurses assistant, and home health aide.
On April 8, 2010, the ALJ issued a decision, denying Petitioner’s claims, finding that Petitioner was not disabled within the meaning of the Social Security Act. Petitioner timely requested review from the Appeals Council on June 3, 2010. The Appeals Council then denied review on August 23, 2010 rendering the ALJ’s decision the Commissioner’s final decision. Plaintiff now seeks judicial review of the Commissioner’s decision to deny benefits. Petitioner contends the ALJ erred by not giving controlling weight to the opinion of his treating physician, Dr. Dirks, and improperly rejecting Petitioner’s own testimony. He also argues that the residual functional capacity finding is not supported by the record and that Medical-Vocational Guideline 202.06 directs a finding of disabled.
II. STANDARD OF REVIEW