Should America Pay Or Continue To Play? 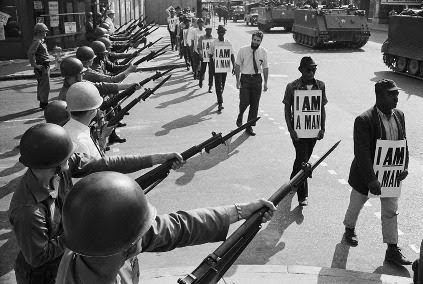 Should America Pay or Continue To Play?
Affirmative Action or Reparations? Which?
I read an article in the San Francisco Chronicle by former Speaker of the California Assembly and Former Mayor of San Francisco, the Honorable Willie Brown in which he compared the history of America's treatment of the African slaves and their descendents to a poker game between blacks and whites.
http//www.sfchronicle.com/author/willie-l-brown-jr-/
He said that for about 250 years America and her Black population have been engaged in a game of poker and the whites have been winning. They have won every hand and all of the chips are on their side of the table. After more than 250 years the Blacks finally found out that the whites have been cheating. Moreover, the whites admitted that they have cheated shamefully and they want to continue playing.
The Blacks agree but have no chips; all the chips are in the white folks' hands. So, the Blacks say we will continue to play if you stop cheating and if you give us back some of the chips that you have stolen by 250 years of cheating. The whites admit to cheating, but refuse to give back any of the chips. They say "we will continue to play but we will not under any circumstance give you back anything that we stole from you. We have enslaved you, ostracized you, discriminated against you, murdered you, and cheated you in every way possible. Now we have all of the capital, wealth, Stock Market, institutions of higher learning, college chairs and endowments, military power, police power, real estate, worldwide connections and influences. But we refuse to give you any of it, because "we stole it fair and square"".
Here is what we will do.We will stop cheating, that is, discriminating against you. We will call it a "color-blind society", where everyone will be treated equally from now on. But you will not get any chips from us, or any help of any sort. We will not give you anything to help you pull yourself up by your boot straps. We will give you no Affirmative Action, no Reparations, nothing. You are on your own. Now, let's play some more.
And such is life!
http//www.biography.com/people/willie-brown-40059#awesm=~oInOJSEhbajOK0
http//www.sfgate.com/columns/williesworld/
Affirmative Action allows America to make a partial down-payment on a debt owed to the children of the builders of America. To many it is a dirty word or two, but Reparations would not sound as sweet. Germany paid the Jews; America paid the Japanese; and America will have to pay the children of the African slaves who built America's wealth, if Affirmative Action is abandoned. How else will we make up for past discrimination against African Americans?

I was an Affirmative Action Baby. I was the beneficiary of a program designed to redress the effects of past discrimination. So were Jackie Robinson, Wilt Chamberlain, Constance Baker Motley, Spottswood Robinson, Thurgood Marshall, Eric Holder, and President Barack Obama; and so are many Americans of African descent who were pioneers in their fields.
Many of Americas "Black Firsts" were allowed to become "Firsts" because of Affirmative Action. By any other name, it would be the same. Ability without opportunity is wasted. It is futile and unproductive to have a talent and never get the opportunity to use it for the benefit of humanity.
When many others are as qualified for a coveted position and a Black or other minority group person is chosen for the position, there is a strong possibility that Affirmative Action played a part in the selection. That is nothing to be ashamed of.
Some may take umbrage or offense at my use of the term because it has become so politically charged and may not be politically correct; however, Affirmative Action works. It is easier to implement than Reparations.

What is Affirmative Action? It is not a program of racial preference. It is a program designed to provide social justice for minority group members and the underprivileged of America.
(http//plato.stanford.edu/entries/affirmative-action/)
As a Federal Policy, Affirmative Action was born on March 6, 1961 when President Kennedy promulgated Executive Order 10925 requiring racial fairness in employment funded by the Federal Government. The Executive Order prohibited discrimination in federal employment based on race, creed, color, or national origin because it is contrary to the Constitutional principles and policies of the United States.
(http//www.oeod.uci.edu/aa.html)
Affirmative action refers to concrete steps that are taken not only to eliminate discrimination-whether in employment, education, or contracting-but also to attempt to redress the effects of past discrimination. The underlying motive for affirmative action is the Constitutional principle of equal opportunity, which holds that all persons have the right to equal access to self-development. In other words, persons with equal abilities should have equal opportunities.
Affirmative action policies vary. The following is an example of a university's Affirmative Action policy: "... is committed to ensuring that all educational programs and personnel actions including application, hiring, promotion, compensation, benefits, transfer, layoffs, training, tuition assistance, and social and recreational programs are administered without regard to race, color, sex (except where sex is a bona fide occupational qualification), sexual orientation, religion, national or ethnic origin, age (except where age is a bona fide occupational qualification), disability, or status as a disabled veteran or veteran of the Vietnam Era. The University's policy is applicable to faculty and other employees, applicants for faculty positions and other employment, and applicants to educational programs and activities. This policy is fundamental to the effective functioning of the University as an institution of teaching, scholarship, and public service.
Simple absence of discrimination is not sufficient. Our task is to work to eliminate all patterns of unequal treatment. The University's policies are dedicated to the full realization of equal opportunity for all through affirmative action predicated on the following tenets: (1) serious and imaginative recruitment methods; (2) ongoing administrative reviews of hiring practices; (3) frequent affirmative action analyses of faculty, staff, and student units to determine "challenge areas"; (4) direct and firm responses to units identified as having undesirable affirmative action practices; and (5) professional development training."
(https//www.anokaramsey.edu/en/about/Employment/Affirmative.aspx)
In 1997, however, California's Proposition 209 banned affirmative action in that state. In 2003 a group of affirmative action opponents began a campaign to challenge its use in Michigan. Ward Connerly, a California businessman and national leader in the campaign to end affirmative action, pushed for the Michigan Civil Rights Initiative, which would bar the use of race and gender in government hiring, contracting, and university admissions.
(http//ballotpedia.org/California_Affirmative_Action,_Proposition_209_%281996%29)
The legal battles over affirmative action and how it may and may not be used continue. On a state-by-state basis, challenges to affirmative action programs are being made.
(http//www.mercurynews.com/crime-courts/ci_25613445/u-s-supreme-court-upholds-anti-affirmative-law)
Affirmative Action has its roots in the civil rights movement. In March of 1961, President John F. Kennedy signed Executive Order 10925, which established the President's Commission on Equal Employment Opportunity. The order stated that contractors doing business with the government "will take affirmative action to ensure that applicants are employed, and employees are treated during their employment, without regard to their race, creed, color, or national origin."
The order did not advocate preferential treatment of affected groups but rather sought to eliminate discrimination in the traditional sense.
The Civil Rights Act did not provide criminal penalties for employers that discriminated, nor did the civil remedies established by the act include compensation for pain and suffering or punitive damages. Rather, the Act sought to establish a conciliation process by which victims would be restored to the situation they would have had in the absence of discrimination.
A significant Supreme Court ruling on affirmative action came in a 1978 case, Regents of the University of California v. Bakke. Under the University of California at Davis's admission policies, 16 of 100 places were set aside for minority applicants. Allan Bakke was a white applicant who was denied enrollment to Davis's medical school, even though his test scores were higher than the minority students who were admitted. Casting the deciding vote, Justice Lewis Powell held that Bakke should be admitted to the program since Davis's policies constituted a rigid quota, but that, nonetheless, Davis could continue to favor minorities in its admission practices and that it had a "compelling state interest" to attain a diversified educational environment.
(http//www.pbs.org/wnet/supremecourt/rights/landmark_regents.html)
The tide favoring affirmative action began to turn in the 1980s during the Reagan and Bush administrations. In his 1980 campaign, Reagan stated, "We must not allow the noble concept of equal opportunity to be distorted into federal guidelines or quotas which require race, ethnicity, or sex-rather than ability and qualifications-to be the principal factor in hiring or education." Through court appointments, hiring and firing decisions, and budget cuts, the Reagan administration sought to end Affirmative Action as it had evolved since the Johnson administration.
Posted by ichbinalj at 4:39 AM