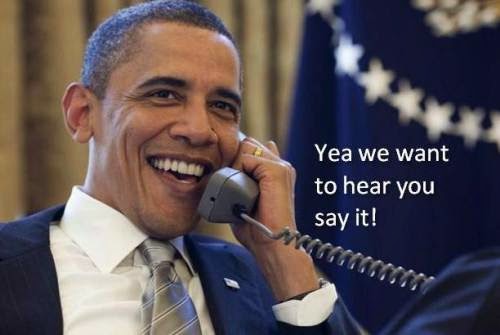 Say it loud, "I'm Black and I'm proud!". Obama was the first Black President. And Obama is the first Affirmative Action President.
http://communities.washingtontimes.com/neighborhood/tygrrrr-express/2013/jan/31/barack-obama-still-affirmative-action-president/
Under the Obama watch the economy has contracted, the debt has skyrocketed, environmental “investments” have gone bankrupt, and anti-business policies have stifled growth. Americans are being murdered and kidnapped globally.
Numerous scandals are coupled with the failed policies of the administration to become the open secrets many dare not utter. The alleged superior intelligence of Obama and his administration team is marked by sub-par performance. Let the perpetually outraged left hyperventilate and scream.

Adding to, or detracting from, his record, Obama is the failed affirmative action president (FAAP). To say he was elected solely because of his race would be wrong. Many Blacks and guilty white liberals are fixated on his race, but many other Americans love the idea of a multi-racial leader. In reality, though, most Americans turned to him after Lehman Brothers burned.
Upon taking office, something happened that is an insult to everybody who believes in affirmative action but also values merit. The standards were lowered for Obama regarding actual job performance.
It’s impossible to deny that his defenders make excuses for him. The worse things get, the more he is propped up. He is too liberal to fail and, for those people who focus on race, too black to fail. Thus criticism of Obama is de facto racism, regardless of any objective merits to the criticism.
http://communities.washingtontimes.com/neighborhood/tygrrrr-express/2011/jul/11/barack-obama-affirmative-action-president/
From now on, liberals need to pretend that Barack Obama is 100% Caucasian. It is the only way they will be able to view him objectively as a man, not a demigod.
To refuse to allow any person, business, or entity to fail is to ensure greater failure in the long run.


Many of America's "Black Firsts" were allowed to become "Firsts" because of Affirmative Action. By any other name, it would be the same. Ability without opportunity is wasted. It is futile and unproductive to have a talent and never get the opportunity to use it for the benefit of humanity.
When many others are as qualified for a coveted position and a Black or other minority group person is chosen for the position, there is a strong possibility that Affirmative Action played a part in the selection. That is nothing to be ashamed of. 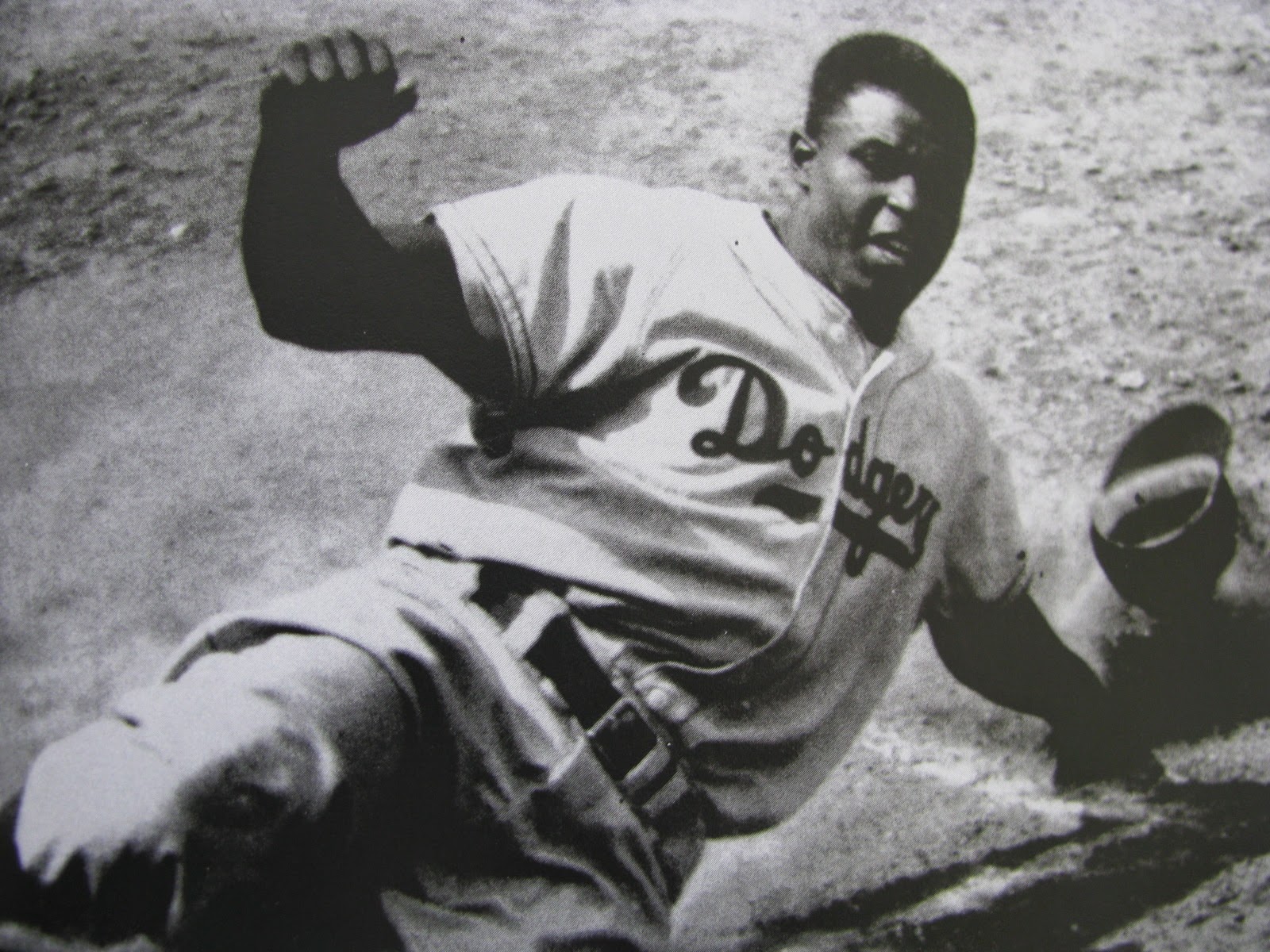 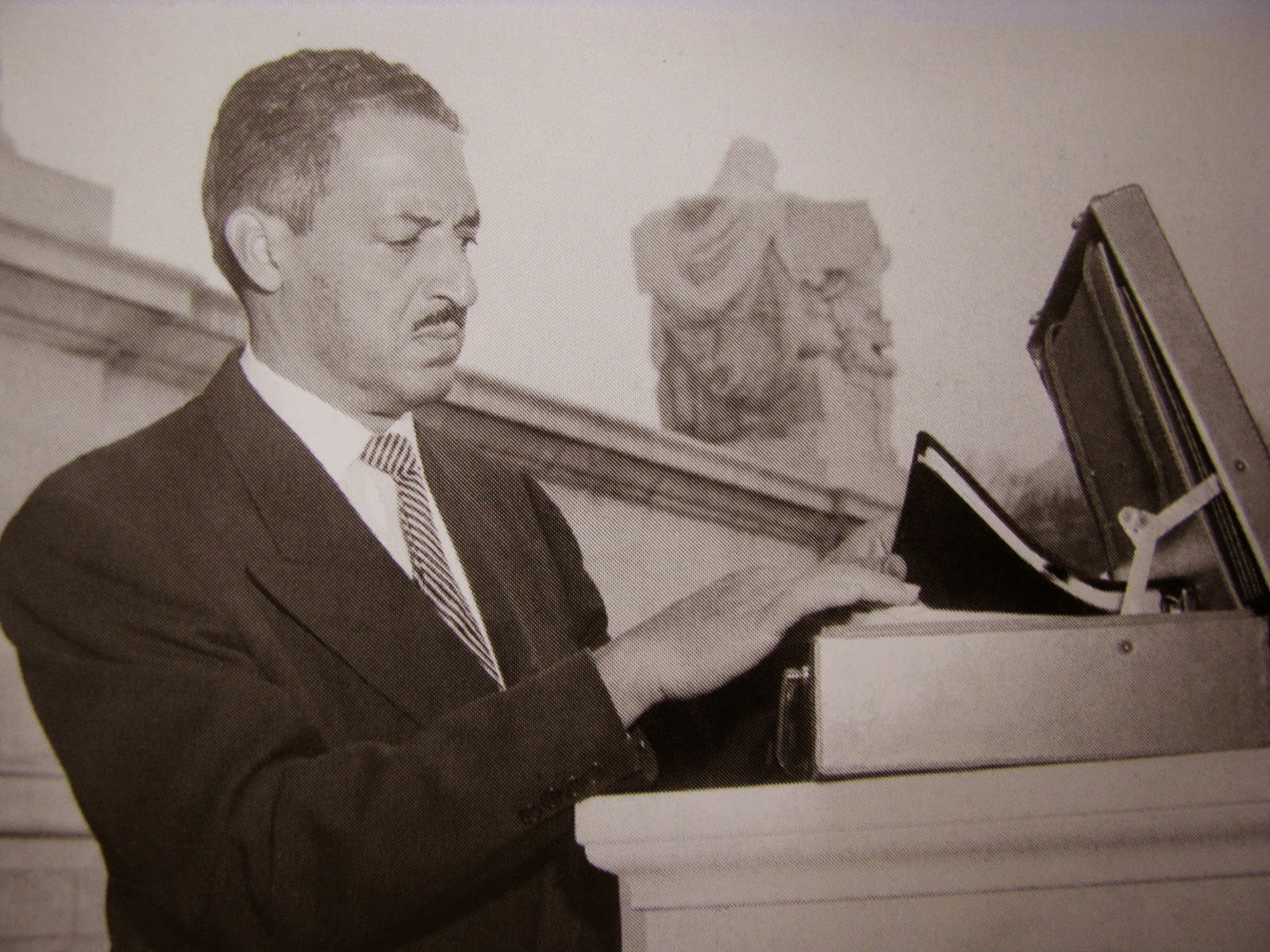 Thurgood Marshall was the first Black lawyer appointed to be an Associate Justice of the U S Supreme Court. President Lyndon Baines Johnson made Justice Marshall an Affirmative Action Baby.

http://www.biography.com/people/thurgood-marshall-9400241
Johnson claimed that the reason he did not run for another term as President was because he had lost all of his Southern Support because he appointed Marshall to the Supreme Court; as the Southern politicians said, "it was because he put his nigger on the Court".

So, the escalation of the Viet Nam War had nothing to do with Johnson pulling out of the Presidential Race. 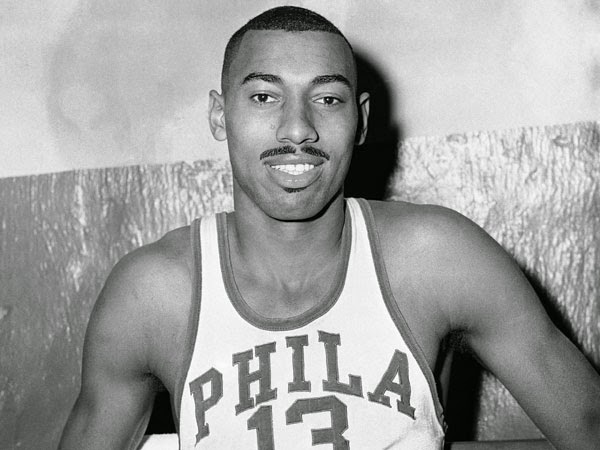 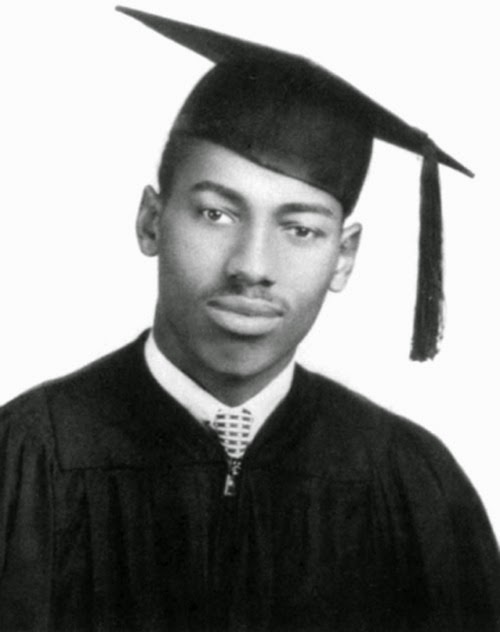 Wilt was a pretty good student. He was capable of a gentlemanly "C", as was said about President John F. Kennedy. 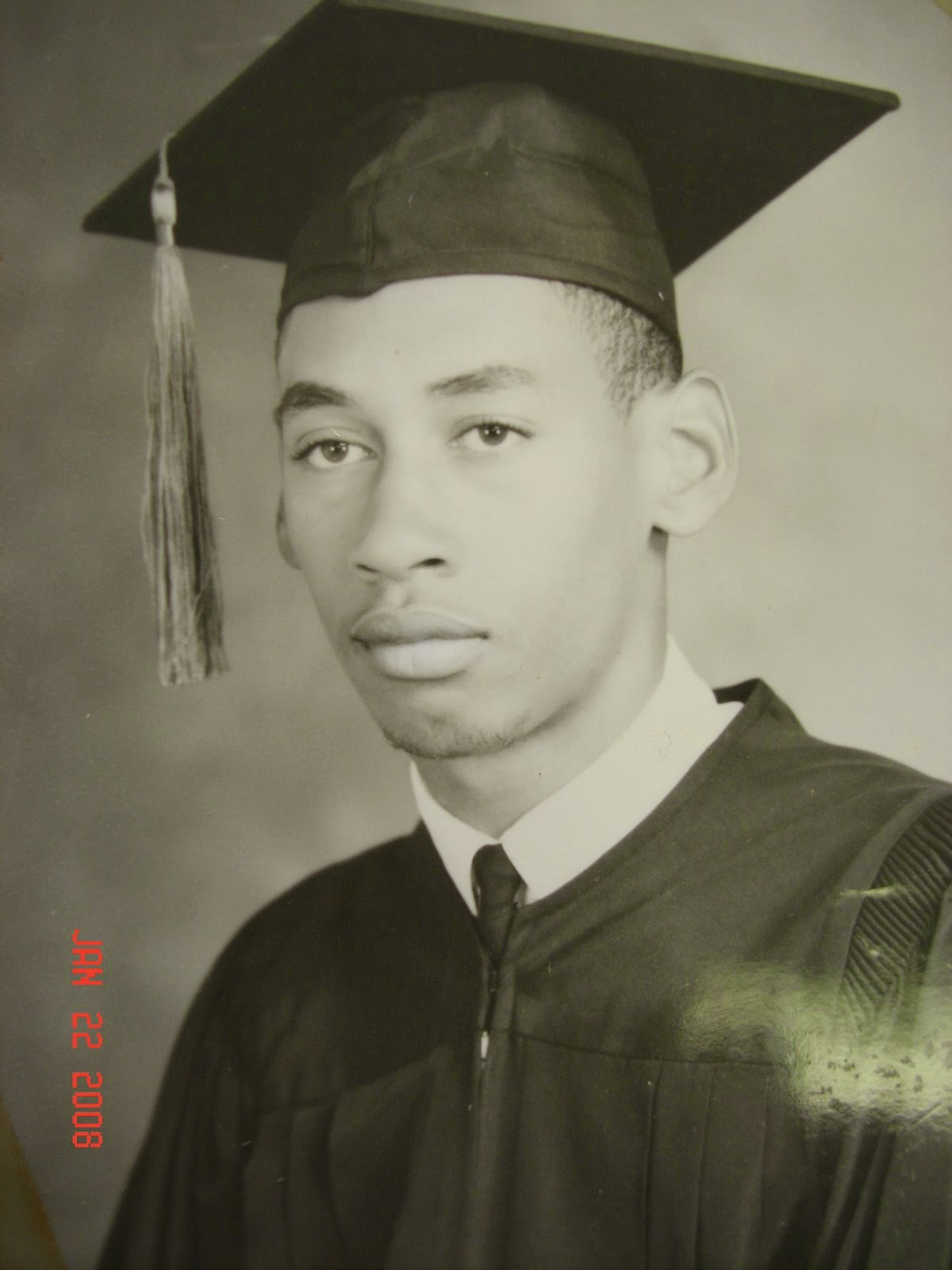 I was an Affirmative Action Baby. 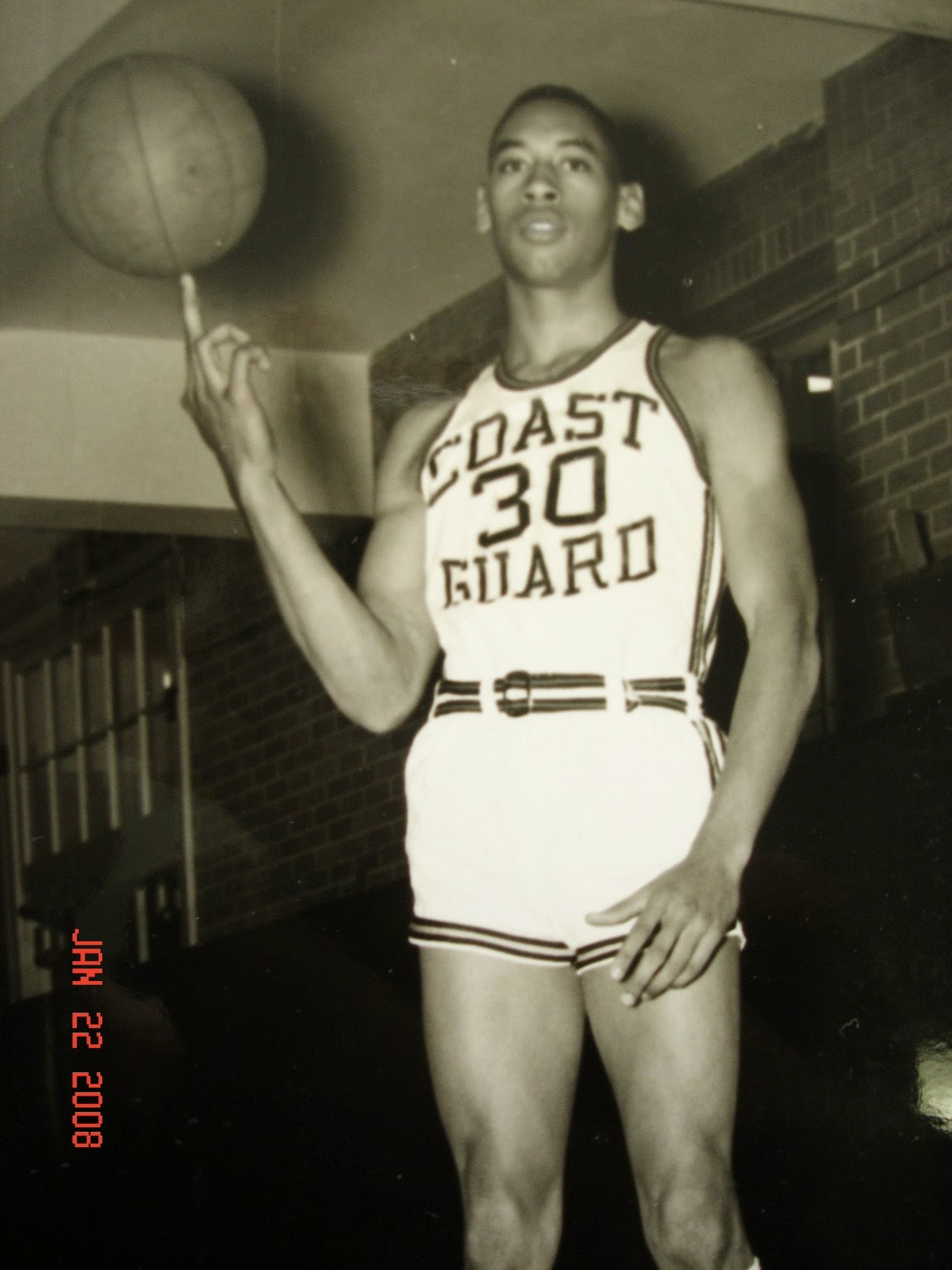 Like Wilt, I was capable of a gentlemanly "C", but I got mostly A's and B's.
http://www.powells.com/biblio/9781155406800
I was the beneficiary of a program designed to redress the effects of past discrimination. So were Jackie Robinson, Wilt Chamberlain, Constance Baker Motley, Spottswood Robinson, Thurgood Marshall, Eric Holder, and President Barack Obama; and so are many Americans of African descent who were pioneers in their fields.


http://www.understandingprejudice.org/readroom/articles/affirm.htm
Job discrimination is grounded in prejudice and exclusion, whereas affirmative action is an effort to overcome prejudicial treatment through inclusion. The most effective way to cure society of exclusionary practices is to make special efforts at inclusion, which is exactly what affirmative action does. The logic of affirmative action is no different than the logic of treating a nutritional deficiency with vitamin supplements. For a healthy person, high doses of vitamin supplements may be unnecessary or even harmful, but for a person whose system is out of balance, supplements are an efficient way to restore the body's balance.

Some may take umbrage or offense at my use of the term because it has become so politically charged and may not be politically correct; however, Affirmative Action works. It is easier to implement than Reparations.
Affirmative Action allows America to make a partial down-payment on a debt owed to the children of the builders of America. To many it is a dirty word or two, but Reparations would not sound as sweet. Germany paid the Jews; America paid the Japanese; and America will have to pay the children of the African slaves who built America's wealth, if Affirmative Action is abandoned. How else will we make up for past discrimination against African Americans?
Posted by ichbinalj at 1:11 PM