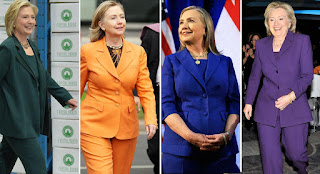 Discussions with Intelligence Community officials have revealed that Ms. Clinton’s “unclassified” emails included Holy Grail items of American espionage such as the true names of Central Intelligence Agency intelligence officers serving overseas under cover. Worse, some of those exposed are serving under non-official cover. NOCs (see this for an explanation of their important role in espionage) are the pointy end of the CIA spear and they are always at risk of exposure – which is what Ms. Clinton’s emails have done.

For the younger voters, low information voters, and brain washed voters.... here is a bit of Hillary Clinton I am betting you don't remember...

Many people who may vote in the democratic primary election and the general election in 2016 have no real knowledge of Mrs. Clinton or her accomplishments. As a public service, I thought I would provide some input regarding her triumphs for consideration. 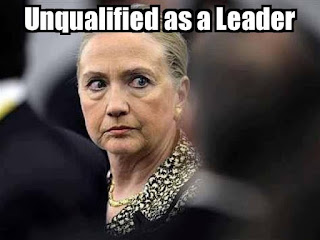 When Bill Clinton was president, he allowed Hillary to assume authority over a health care reform. Even after threats and intimidation, she couldn’t even get a vote in a democratic controlled congress. This fiasco cost the American taxpayers about $13 million in cost for studies, promotion, and other efforts.

Then President Clinton gave Hillary authority over selecting a female attorney general. Her first two selections were Zoe Baird and Kimba Wood – both were forced to withdraw their names from consideration. Next she chose Janet Reno – husband Bill described her selection as “my worst mistake.” Some may not remember that Reno made the decision to gas and burn alive David Koresh and the Branch Davidian religious sect in Waco, Texas resulting in dozens of deaths of women and children.

Husband Bill allowed Hillary to make recommendations for the head of the Civil Rights Commission. Lani Guanier was her selection. When a little probing led to the discovered of Ms. Guanier’s radical views, her name had to be withdrawn from consideration. 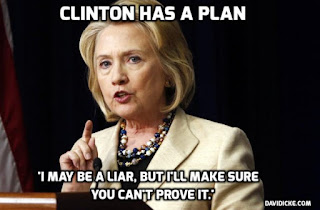 Many younger voters will have no knowledge of “Travelgate.” Hillary wanted to award unfettered travel contracts to Clinton friend Harry Thompson – and the White House Travel Office refused to comply. She managed to have them reported to the FBI and fired. This ruined their reputations, cost them their jobs, and caused a thirty-six month investigation. Only one employee, Billy Dale was charged with a crime, and that of the enormous crime of mixing personal and White House funds. A jury acquitted him of any crime in less than two hours. 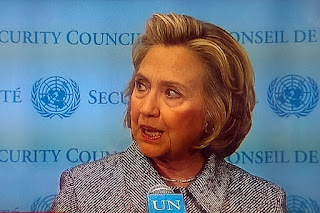 Still not convinced of her ineptness, Hillary was allowed to recommend a close Clinton friend, Craig Livingstone, for the position of Director of White House security. When Livingstone was investigated for the improper access of about 900 FBI files of Clinton enemies (Filegate) and the widespread use of drugs by White House staff, suddenly Hillary and the president denied even knowing Livingstone, and of course, denied knowledge of drug use in the White House. Following this debacle, the FBI closed its White House Liaison Office after more than thirty years of service to seven presidents. 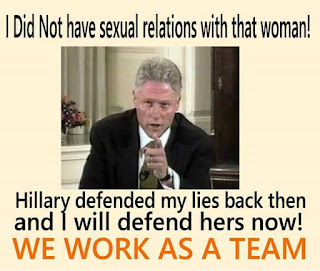 Next, when women started coming forward with allegations of sexual harassment and rape by Bill Clinton, Hillary was put in charge of the “bimbo eruption” and scandal defense. Some of her more notable decisions in the debacle were:
· She urged her husband not to settle the Paula Jones lawsuit. After the Starr investigation they settled with Ms. Jones.
· She refused to release the Whitewater documents, which led to the appointment of Ken Starr as Special Prosecutor. After $80 million dollars of taxpayer money was spent, Starr’s investigation led to Monica Lewinsky, which led to Bill lying about and later admitting his affairs. 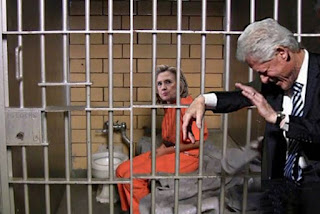 · Hillary’s devious game plan resulted in Bill losing his license to practice law for lying under oath to a grand jury and then his subsequent impeachment by the House of Representatives.
· Hillary avoided indictment for perjury and obstruction of justice during the Starr investigation by repeating, “I do not recall,” “I have no recollection,” and “I don’t know” a total of 56 times while under oath. 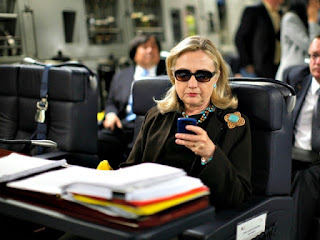 · After leaving the White House, Hillary was forced to return an estimated $200,000 in White House furniture, china, and artwork that she had stolen. 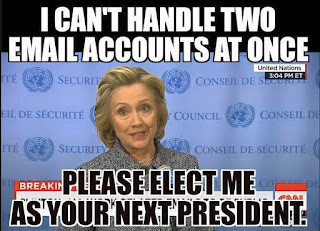 Now we are exposed to: the destruction of possibly incriminating emails while Hillary was Secretary of State and the “pay to play” schemes of the Clinton Foundation – we have no idea what shoe will fall next.

The FBI has been able to retrieve another 22 emails from Hillary's private server. Those emails are too sensitive to release. They are classified even higher than Top Secret. "These emails are shocking. They show the Obama State Department’s plan to set up non-government computers and a computer network for Hillary Clinton to bypass the State Department network,” said Tom Fitton.


That these records were withheld from the American people until now is scandalous and shows the criminal probe of Hillary Clinton’s email system should include current and former officials of the Obama administration.

The reason that the latest 22 Clinton emails are too secretive to release, even with redactions, is that they contain the REAL NAMES of covert CIA agents in the field, and worse, non-official cover agents.

Those individuals and foreign entities who have hacked her private email system have in their possession information that can get these agents captured, turned or killed. People HAVE gone to prison for exposing this type of information' Meanwhile, Hillary and her mouthpieces, are calling this new round of discovery a "Nothing Burger".

"Today FoxNews has reported that those twenty-two Top Secret emails included “operational intelligence” that involves espionage sources and methods, adding that lives have been put at risk by Hillary’s mishandling of this information.

I can confirm that the FoxNews report, which lacks any specifics about exactly what was compromised, is accurate. And what was actually in those Top Secret emails found on Hillary’s “unclassified” personal bathroom server was colossally damaging to our national security and has put lives at risk.

Discussions with Intelligence Community officials have revealed that Ms. Clinton’s “unclassified” emails included Holy Grail items of American espionage such as the true names of Central Intelligence Agency intelligence officers serving overseas under cover. Worse, some of those exposed are serving under non-official cover. NOCs (see this for an explanation of their important role in espionage) are the pointy end of the CIA spear and they are always at risk of exposure – which is what Ms. Clinton’s emails have done.

Not only have these spies had their lives put in serious risk by this, it’s a clear violation of Federal law. The Intelligence Identities Protection Act of 1982, enacted due to the murder of the CIA’s station chief in Athens after his cover was blown by the left-wing media, makes it a Federal crime to divulge the true identity of any covert operative serving U.S. intelligence if that person has not previous been publicly acknowledged to be working for our spy agencies." 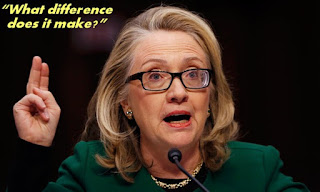 But to her loyal fans" – “what difference does it make?” - 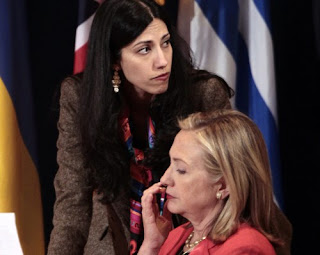 She killed vets and Ambassadors: She has Blood on Her Hands: wake up people! 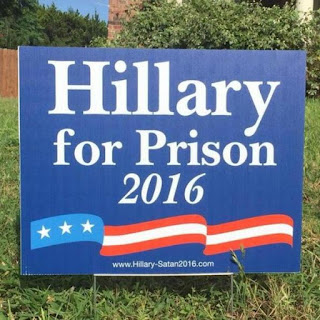 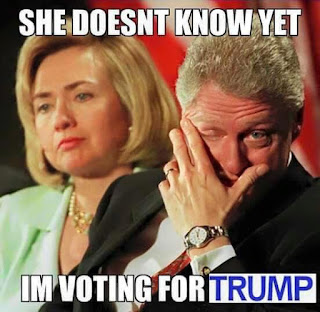 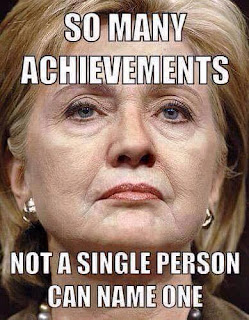 Posted by ichbinalj at 3:01 PM