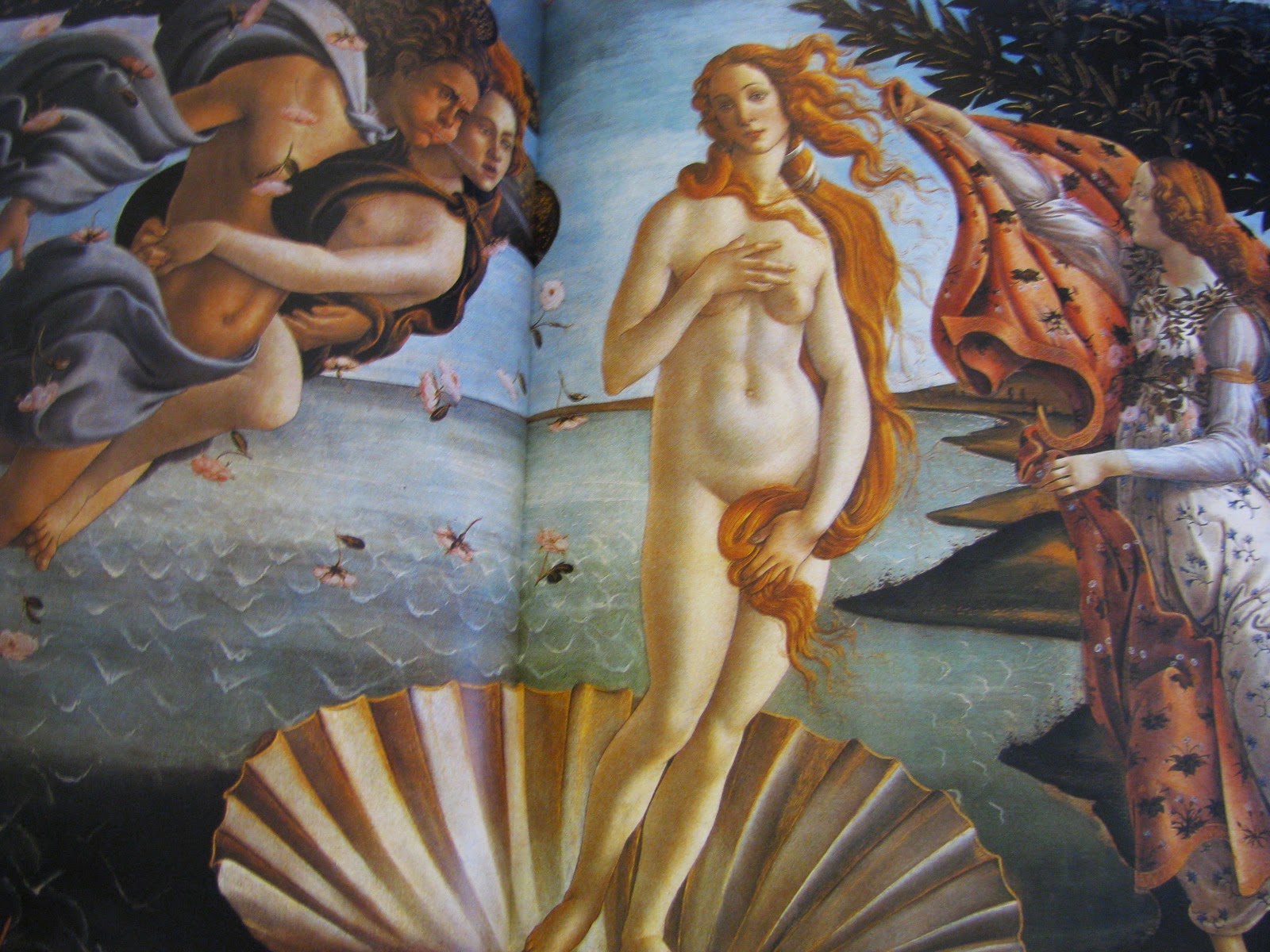 The Birth of Venus is a 1486 painting by Sandro Botticelli. It depicts the goddess Venus, having emerged from the sea as an adult woman, arriving at the sea-shore. The painting is on display at the Uffizi Gallery in Florence, Italy. 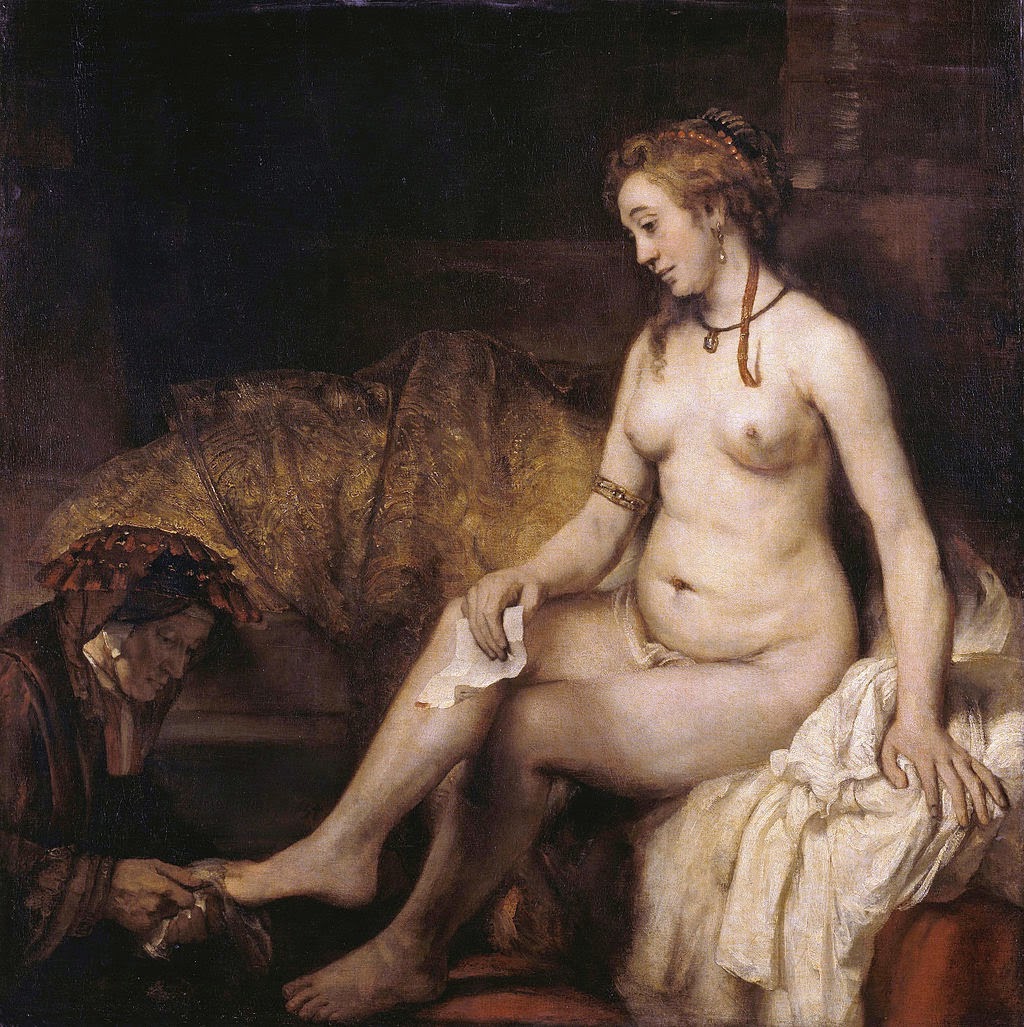 Bathsheba at Her Bath (or Bathsheba with King David's Letter) is an oil painting by the Dutch artist Rembrandt (1606–1669) finished in 1654. A depiction that is both sensual and empathetic, it shows a moment from the Old Testament story in which King David sees Bathsheba bathing and, entranced, seduces and impregnates her. 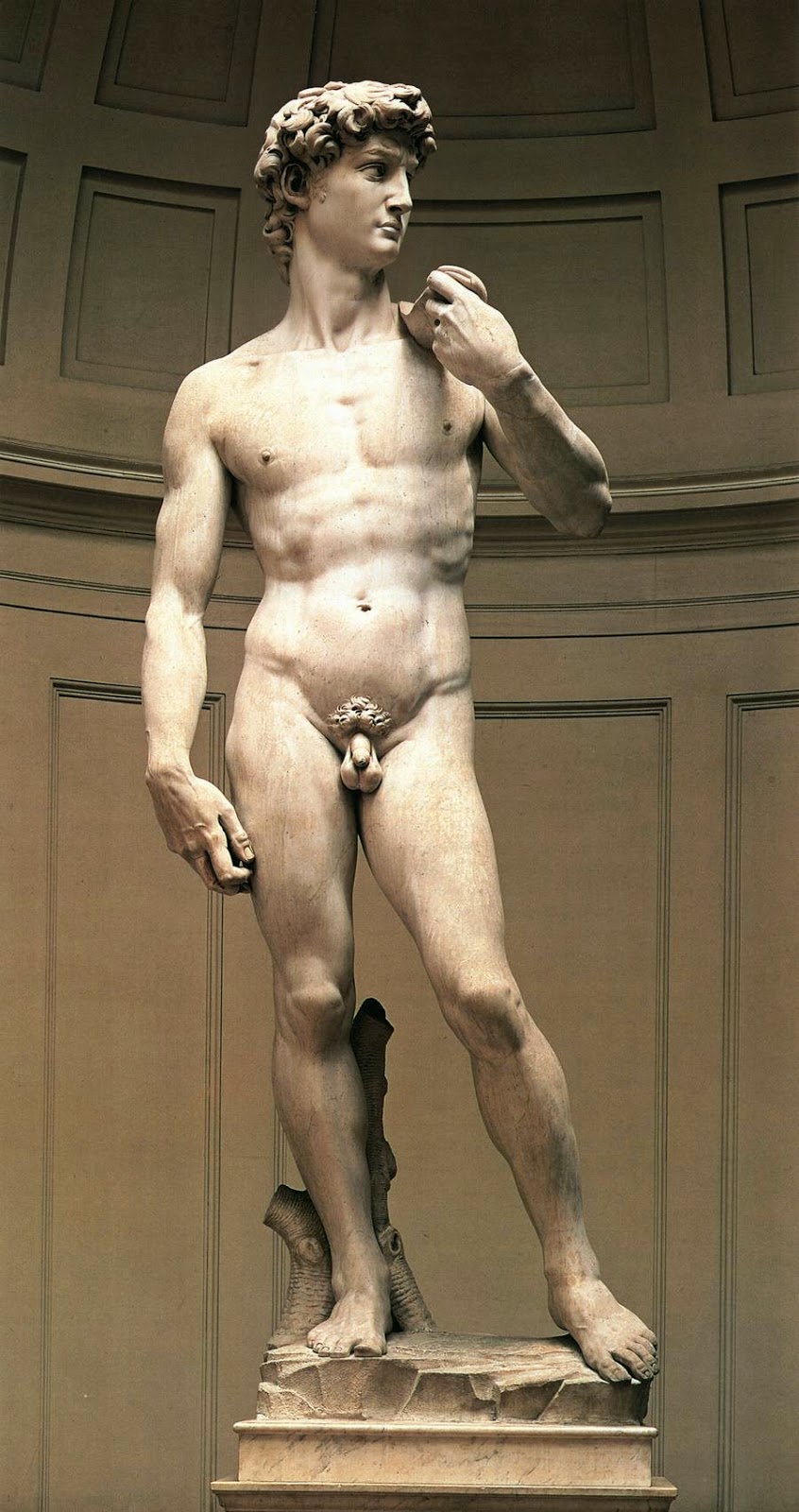 David is a masterpiece of Renaissance sculpture created between 1501 and 1504, by the Italian artist Michelangelo.
The statue has been reproduced many times. The plaster cast of David at the Victoria and Albert Museum has a detachable plaster fig leaf which is displayed nearby. The fig leaf was created in response to Queen Victoria's shock upon first viewing the statue's nudity, and was hung on the figure prior to royal visits, using two strategically placed hooks.
By the 20th century, Michelangelo's David had become iconic shorthand for "culture". David has been endlessly reproduced, in plaster and imitation marble fibreglass, signifying an attempt to lend an atmosphere of culture even in some unlikely settings such as beach resorts, gambling casinos and model railroads. 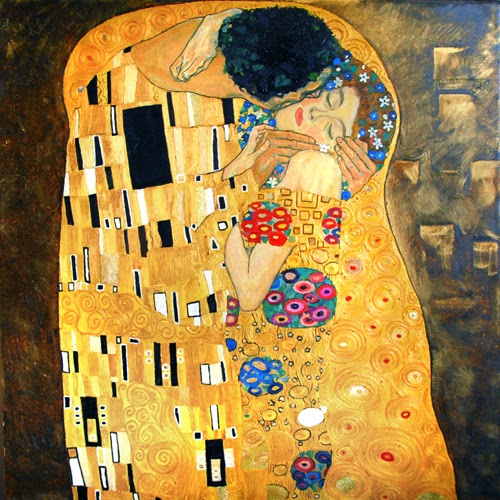 Gustav Klimt was an Austrian symbolist painter . He is noted for his paintings, murals, sketches, and other objets d'art. Klimt's primary subject was the female body. His works are marked by a frank eroticism. One of the works most popularly associated with his golden period is  The Kiss (shown above)(1907–08).
Beauty is in the eye of the beholder. I cannot give a working definition of porn, or of art that everyone would agree on; but, I agree with Supreme Court Justice Potter Stewart.
Justice Potter Stewart is best known for a quotation from his opinion in the obscenity case of Jacobellis v. Ohio (1964). Stewart wrote in his short concurrence that "hard-core pornography" was hard to define, but that "I know it when I see it.

Enlarge Photo
Brian Miller, a former inspector general for the General Services Administration, said federal managers may be hoarding resources, including employees who have little work to do.
FCC spokesman Mark Wigfield said only that the agency follows Office of Personnel Management guidelines on disciplinary matters and officials could not comment on specific cases.
In another recent case, a GSA employee who spent about two hours a day on a computer looking at pornography and dating sites “sometimes became bored during these long hours at the computer and would often use the computer for personal use to pass the time,” according to a case report by the GSA inspector general last year.
In a more recent and far more costly example, U.S. Patent Trial and Appeal Board paralegals received salaries and bonuses for years even though they spent much of their time watching television, shopping online, exercising and wasting time on their tablet computers, according to an investigation released this week by the Commerce Department’s inspector general. Investigators estimate that more than $4 million was spent paying employees for time they weren’t working.
The paralegals, who can’t create their own work, later told investigators that the reason was simple: Supervisors weren’t giving them any assignments. Some supervisors were reluctant to give paralegals special projects out of fear that the assignments could antagonize the labor union.Brian Miller, a former GSA inspector general who is now managing director of the consulting firm Navigant, said executives may feel reluctant to let go of employees.
“Today, federal managers are under many constraints,” he said. “With hiring freezes and budget limitations, a federal manager may hoard resources, squirreling them away for fear of losing even unneeded resources.
“It takes a very strong manager to stand up and do the unpopular thing: to manage resources efficiently.”
No matter what evidence the inspector general turns up, he said, it’s ultimately up to the agencies to hold employees accountable.
“At the end of the day, an IG may recommend a course of action, but the IG has no power to make it happen,” he said. “An IG warns, reports, and recommends, but agency managers administer disciplinary actions and make changes in the agency.”
Pete Sepp, executive vice president of the National Taxpayers Union, said there is no doubt that downtime contributes to federal workplace downtime.

“There’s a reason that saying about idle hands has such a long lineage,” Mr. Sepp said. “Not everyone with excess time in the workplace will spend it helping their colleagues get caught up or knitting clothes for the less fortunate,” he said.
“There needs to be a balanced approach to reform here, one that provides more flexibility to reassign workers’ duties, aggressive enforcement of whistleblower protections, incentives for agencies and managers that save tax dollars, and penalties for those that fail to properly oversee them,” Mr. Sepp said.
Some administration officials have come under criticism for allowing workers to remain on the job even in the face of clear misconduct findings.
In March, the House Oversight and Government Reform Committee railed against the Environmental Protection Agency (EPA) for not firing several employees involved in misconduct investigations. The employees included a senior executive who investigators said hired friends and family and sold weight loss products from the office.
The Washington Times reported on other time and attendance issues at HUD this year. One case involved an auditor who worked on private business from the office and later said work sometimes was impossible because the department’s computers were frequently down.
(McElhatton, Jim; Feds Go easy On Bored Workers Surfing Porn, The Washington Times, p. A-1, Aug. 1, 2014)
Posted by ichbinalj at 6:07 PM