What Is A Reasonable Response To The Radical Homosexual Agenda? 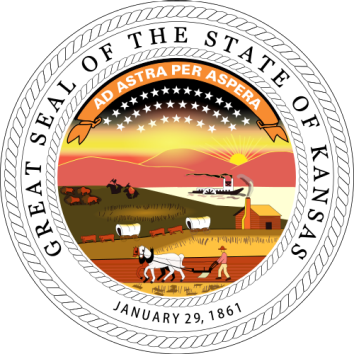 On Wednesday, February 12, the Kansas House voted 72-49 to approve HB 2453, which offers legal protection to individuals and businesses that refuse service for homosexual couples, specifically those looking to get married. Under the bill’s language, individuals, businesses and government employees would be immune from legal reprisal for refusing service if they have “sincerely held religious beliefs” opposing customers’ marriages. The bill is described as protecting religious freedom.
The Kansas House of Representatives passed the bill (pdf) (A copy of the Kansas Bill is attached as Appendix A) that would have broadly legalized discrimination against homosexuals. The bill was halted. But the fight isn’t over.
Conservatives are trying to use religious freedom as a means of limiting the effects of the spread of homosexual values upon the majority population.Clearly Christians and other morally offended Americans have had enough, but what is a reasonable response to the radical homosexual agenda?

Supporting the bill on the Kansas House floor, Republican state Rep. Charles Macheers proclaimed that “discrimination is horrible. It’s hurtful. … It has no place in civilized society, and that’s precisely why we’re moving this bill.”
The bill, written out of fear that the state may soon face an Oklahoma-style gay marriage ruling, will now easily pass the Republican Senate and be signed into law by the Republican governor. The result will mark Kansas as the first state, though certainly not the last, to legalize separate homosexual and straight people in virtually every arena of life.
The bill’s scope was impressive in its expansiveness: Kansans would have been able to legally refuse to provide just about any service to anyone whose relationship they find offensive for religious reasons. The bill specifically enumerated adoption, foster care, counseling, social services, employment and employment benefits, as well as the general categories of “services, accommodations, advantages, facilities, goods, or privileges”, as permissible areas for refusing to provide the service.
In addition to barring all anti-discrimination lawsuits against private employers, the new law permits government employees to deny service to gays in the name of “religious liberty.” This is nothing new, but the sweep of Kansas’ statute is breathtaking. Any government employee is given explicit permission to discriminate against gay couples—not just county clerks and DMV employees, but literally anyone who works for the state of Kansas.
And if a homosexual believed himself to have been discriminated against by anyone decided to sue, they would have not only lost, but under this bill, they would have had to pay the prevailing parties' attorney’s fees.
This backlash is, quite possibly, a response to the increasing spread of homosexual marriage, and the wave of law suits brought by homosexual couples against legitimate private business owners who refuse to take pictures at homosexual weddings and refuse to bake wedding cakes for homosexual couples because it violates the conscious and transgresses the religious rights of the business owners.
This is the real area of debate. It is whether religiously affiliated institutions like schools or churches and for-profit, non-religiously affiliated businesses should be able to turn away homosexual customers on the grounds of religious freedom. It's the wedding-cake scenario, where an employee at a bakery or a photographer is asked to provide services to a same-sex couple celebrating a wedding. The tragic part of that is that homosexuals believe that it is justifiable to drive those small business owners out of business all together because they find it offensive to their religious beliefs to work for homosexual couples. Some of these family businesses have been around for 30  to 50 years.

In Kansas homosexual marriage has been banned by constitutional amendment since 2006. Kansas legislators asserted that this law was intended to  protect the rights of normal religious folks to exercise their beliefs without state interference.

Religious freedom is a cornerstone of the US constitution. The right to live and worship as we choose is a foundational American value, highlighted in the very first of the original amendments.

As the Kansas defeat suggests, socially conservative states are inclined to pass more expansive exemptions. But legislators in other red states will likely take a lesson from the defeat and limit their scope; however, they will still be broader than those in, say, liberal Massachusetts. Just how broad depends on how quickly legislators in red states act. The Kansas bill didn’t become law possibly because it was overly broad. It was a beginning. More of these laws are being drafted in other states. They are headed for the U S Supreme Court. Since Freedom Of Religion is a Constitutionally protected fundamental American right guaranteed by the Bill of Rights, and homosexual marriage is not mentioned in the Constitution, the Left-leaning Supreme Court will have to decide which right is deserving of Constitutional protection.

(Adopted from "Kansas’ anti-gay bill another attempt to force warped Christianity on others"
By Jill Filipovic, The Guardian, guardian.co.uk © Guardian News and Media 2014)

APPENDIX A.  The full text of the Kansas Bill.

As Amended by House Committee
Session of 2014
HOUSE BILL No. 2453
By Committee on Federal and State Affairs
1-16
AN ACT concerning religious freedoms with respect to marriage.
Be it enacted by the Legislature of the State of Kansas:
Section 1. Notwithstanding any other provision of law, no individual
or religious entity shall be required by any governmental entity to do any
of the following, if it would be contrary to the sincerely held religious
beliefs of the individual or religious entity regarding sex or gender:
(a) Provide any services, accommodations, advantages, facilities,
goods, or privileges; provide counseling, adoption, foster care and other
social services; or provide employment or employment benefits, related to,
or related to the celebration of, any marriage, domestic partnership, civil
union or similar arrangement;
(b) solemnize any marriage, domestic partnership, civil union or
similar arrangement; or
(c) treat any marriage, domestic partnership, civil union or similar
arrangement as valid.
Sec. 2. (a) Notwithstanding any other provision of law, no refusal by
an individual or religious entity to engage in any activity described in
section 1, and amendments thereto, shall result in:
(1) A civil claim or cause of action under state or local law based
upon such refusal; or
(2) an action by any governmental entity to penalize, withhold
benefits from, discriminate against or otherwise disadvantage any
protected individual or religious entity, under any state or local law.
(b) Any individual or religious entity named in or subject to a civil
action, an administrative action or any action by a governmental entity
may immediately assert the protections provided by section 1, and
amendments thereto, or this section, as a defense by moving to dismiss
such action. If the motion to dismiss is filed in an action before an
administrative tribunal, within 15 days after the filing of such motion any
party to such action may elect to transfer jurisdiction of such action to a
district court with proper venue. Within 60 days after such transfer of
jurisdiction, the district court shall decide whether the claimed protection
applies. The district court shall not permit any additional discovery or fact-
finding prior to making its decision.
(c) If a governmental entity, or any person asserts a claim or cause of
1
2
3
4
5
6
7
8
9
10
11
12
13
14
15
16
17
18
19
20
21
22
23
24
25
26
27
28
29
30
31
32
33
34
35
36

HB 2453—Am. by HC
2
action, or takes any adverse action against an individual or religious entity
in violation of subsection (a), such individual or religious entity shall be
entitled upon request to recover all reasonable attorney fees, costs and
damages such individual or religious entity incurred as a result of such
violation.
(d) If an individual employed by a governmental entity or other non-
religious entity invokes any of the protections provided by section 1, and
amendments thereto, as a basis for declining to provide a lawful service
that is otherwise consistent with the entity's duties or policies, the
individual's employer
, in directing the performance of such service,
shall either promptly provide another employee to provide such service, or
shall otherwise ensure that the requested service is provided, if it can be
done without undue hardship to the employer.
Sec. 3. As used in sections 1 through 4, and amendments thereto:
(a) "Religious entity" means an organization, regardless of its non-
profit or for-profit status, and regardless of whether its activities are
deemed wholly or partly religious, that is:
(1) A religious corporation, association, educational institution or
society;
(2) an entity operated, supervised or controlled by, or connected with,
a religious corporation, association, educational institution or society; or
(3) a privately-held business operating consistently with its sincerely
held religious beliefs, with regard to any activity described in section l,
and amendments thereto.
(b) "Governmental entity" means
any state office or officer,
department, board, commission, institution, bureau or any agency, division
or unit within any office, department, board, commission or other state
authority, and any political or taxing subdivision of this state constituted
under or acting under the authority of the laws of this state, including, but
not limited to, any county, city, municipality, township, district,
post secondary educational institution, as defined by K.S.A. 74-3201b, and
amendments thereto, or quasi-public corporation or other quasi-public
entity
the executive, legislative and judicial branches and any and all
agencies, boards, commissions, departments, districts, authorities or
other entities, subdivisions or parts whatsoever of state and local
government, as well as any person acting under color of law
.
Sec. 4. (a) If any word, phrase, clause or provision of sections 1
through 4, and amendments thereto, or the application of any such word,
phrase, clause or provision to any person or circumstance is held invalid,
the remaining provisions shall be given effect without the invalid portion
and to this end the provisions of sections 1 through 4, and amendments
thereto, are severable.
(b) Nothing in sections 1 through 4, and amendments thereto, shall be
1
2
3
Posted by ichbinalj at 12:31 PM