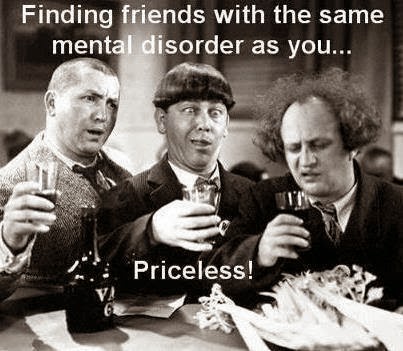 The Social Security Administration (SSA) recently announced plans to increase its oversight of judges (ALJs) in the disability determination process.
February 25, 2014 /24-7PressRelease/ -- In an effort to improve consistency in the disability determination process (SSDI), the Social Security Administration (SSA) recently announced plans to step up its oversight of the administrative law judges (ALJ) who are responsible for awarding or denying disability benefits. The Social Security Disability Insurance program provides financial benefits to people who are unable to work because of a mental or physical disability.
The program has increased substantially in the years since the U.S. economy took a downturn in 2008, and there are now approximately 11 million people receiving disability benefits nationwide. New job descriptions for judges To expand its oversight of the eligibility determination process, the SSA is rewriting the job descriptions of approximately 1,500 judges, who in the past have been given broad discretion over the outcome of eligibility hearings. In recent years, these eligibility hearings have yielded notoriously unpredictable results. According to a 2011 report by the Wall Street Journal, an applicant's likelihood of being awarded disability benefits can vary dramatically depending on the judge; while a handful of judges award benefits in nine cases out of ten, others deny benefits nearly as often.
The new job descriptions will include language stating that the judges are subject to supervision and will remove the words "complete individual independence," the WSJ reported. It is hoped that the changes will increase accountability among the judges and allow the SSA to take corrective measures when judges award or deny benefits inappropriately.
Disability benefit determination
Before becoming eligible to receive SSDI benefits, an applicant must first establish that he or she meets the SSA's requirements for being considered "disabled." To do so, the applicant must demonstrate that each of the following is true: - The individual cannot work because of a medical condition. - The condition has lasted or is expected to last for a year or more, or is expected to result in death.
While the process of applying for SSDI benefits may seem relatively straightforward, in practice it can be cumbersome, time consuming and often frustrating. Not only is it necessary to submit medical records and other evidence of disability, but in most cases applicants are also required to attend an eligibility hearing before an administrative law judge.
Benefits often available after initial denial
Overall, first-time disability applicants are denied benefits as much as, according to some estimates, but a majority of denied applicants who pursue an appeal are eventually awarded benefits.
http://www.amazon.com/socialNsecurity-Confessions-Social-Security-Judge/dp/1449569757
In many cases, working with an experienced Social Security Disability lawyer can significantly improve an applicant's chances of being awarded benefits, whether it is a first-time application or an appeal.
(Article provided by The Berkley Law Firm Visit us at www.berkleylaw.net --- Press release service.)
Posted by ichbinalj at 10:21 AM