A True American Hero and 9/11 Patriot is Captain LeRoy Homer, the pilot of UA-93. On September 11, 2001, CAPT Homer was flying with Captain Jason Dahl on United Flight 93. Based on information from several sources that day, we know LeRoy and Jason were the first to fight against the terrorist threat to the airplane. 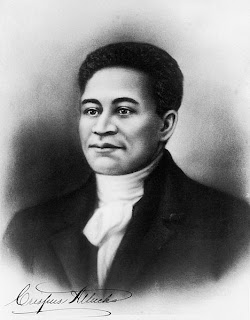 Like Crispus Attucks, the first person shot dead by British redcoats during the Boston Massacre, in the Revolutionary War, CAPT Homer was among the first Americans to fight against jihad and Al Qaeda on 9/11/2001. They are both American heroes. They were American first, and "Black" second.

CAPT Homer has received many awards and citations posthumously, for his actions on Flight 93, including the Congress Of Racial Equality - Dr. Martin Luther King, Jr. Award, the Southern Christian Leadership Conference - Drum Major for Justice Award and the Westchester County Trailblazer Award.

Not much has been said in the mainstream media about LeRoy W. Homer Jr..
At an early age, LeRoy W. Homer Jr knew that he wanted to be a pilot. As a child, LeRoy assembled model airplanes, collected aviation memorabilia and read books on aviation. LeRoy was 15 years old when he started flight instruction in the Cessna 152. Working part-time jobs after school to pay for flying lessons, he completed his first solo at 16 years old, and obtained his private pilot's certificate in 1983. 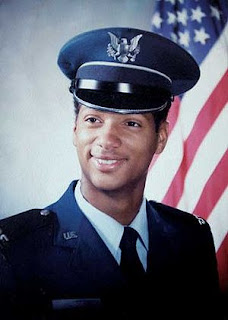 In the fall of 1983, LeRoy entered the Air Force Academy, and graduated with the Class of 1987, 31st Squadron. After completing pilot training in 1988, he was assigned to McGuire AFB in New Jersey, flying the C-141B Starlifter. While on active duty, LeRoy served in Desert Shield and Desert Storm, and later supported operations in Somalia. He received many commendations, awards and medals during his military career. In 1993, he was named the 21st Air Force Aircrew Instructor of the Year. LeRoy achieved the rank of Captain before his honorable discharge from active duty in 1995.

LeRoy continued his military career as a reservist, initially as an instructor pilot with the 356th Airlift Squadron at Wright Patterson AFB, Ohio, then subsequently as an Academy Liaison Officer, recruiting potential candidates for both the Air Force Academy and the Air Force Reserve Officer Training Corps. During his time with the Reserves, he achieved the rank of Major.

LeRoy continued his flying career by joining United Airlines in May 1995. His first assignment was Second Officer on the B727. He then upgraded to First Officer on the B757/767 in 1996, where he remained until September 11, 2001.


September 11, 2001, was a defining moment in American history. On that terrible day, our Nation saw the face of evil as 19 men barbarously attacked us and wantonly murdered people of many races, nationalities, and creeds. On Patriot Day, we remember the innocent victims, and we pay tribute to the valiant firefighters, police officers, emergency personnel, and ordinary citizens who risked their lives so others might live.
After the attacks on 9/11, America resolved that we would go on the offense against our enemies, and we would not distinguish between the terrorists and those who harbor and support them. All Americans honor the selfless men and women of our Armed Forces, the dedicated members of our public safety, law enforcement, and intelligence communities, and the thousands of others who work hard each day to protect our country, secure our liberty, and prevent future attacks.
The spirit of our people is the source of America's strength, and 6 years ago, Americans came to the aid of neighbors in need. On Patriot Day, we pray for those who died and for their families. We volunteer to help others and demonstrate the continuing compassion of our citizens. On this solemn occasion, we rededicate ourselves to laying the foundation of peace with confidence in our mission and our free way of life.
By a joint resolution approved December 18, 2001 (Public Law 107-89), the Congress has designated September 11 of each year as "Patriot Day."
NOW, THEREFORE, I, GEORGE W. BUSH, President of the United States of America, do hereby proclaim September 11, 2007, as Patriot Day. I call upon the Governors of the United States and the Commonwealth of Puerto Rico, as well as appropriate officials of all units of government, to direct that the flag be flown at half-staff on Patriot Day. I also call upon the people of the United States to observe Patriot Day with appropriate ceremonies, activities, and remembrance services, to display the flag at half-staff from their homes on that day, and to observe a moment of silence beginning at 8:46 a.m. eastern daylight time to honor the innocent Americans and people from around the world who lost their lives as a result of the terrorist attacks of September 11, 2001. 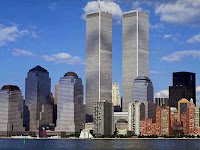