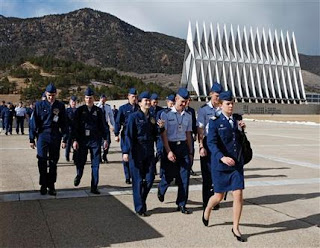 Lt. Gen. Craig Franklin, commander of the 3rd Air Force at Ramstein Air Base in Germany convened a court-martial to try Lt. Col. James Wilkerson III on charges of, among other things, sexual assault of a female, not his wife. Lt. Col. Wilkerson was tried by a jury and found guilty as charged. In performing his duties as Convening Authority under the Uniform Code of Military Justice (UCMJ), Lt. Gen. Franklin set aside the sexual assault conviction.

The February 2013 decision ignited a firestorm on Capitol Hill and drew scrutiny to the separate set of laws governing military members, known as the UCMJ. Following his review of the case, Defense Secretary Chuck Hagel proposed removing the convening authority from commanders in major cases.
(He did not specify what he thought would constitute a major case.)

Lt. Gen. Franklin defended his decision in a six-page letter he submitted to the service in response to the uproar. He said accusations that his motivation was to protect a fellow fighter pilot are "preposterous." Accusations that he doesn't understand sexual assault or take the crime seriously "are complete and utter nonsense," he wrote. Allegations that his decision was influenced by his previous role commanding a unit the pilot later served in "are equally preposterous," he wrote.

In the letter, Franklin, says he struggled with the decision. However, after he reviewed the evidence, he found the defendant, Lt. Col. James Wilkerson III, and his wife, Beth, more credible than the alleged victim, Ms Kimberly Hanks, who has since come forward publicly to discuss the matter.
Approving the jury's finding of guilt "would have been an act of cowardice," Franklin wrote. "I hold a genuine and reasonable doubt that Lt. Col. Wilkerson committed the crime," he wrote. "My court-martial action to disapprove findings and to dismiss the charges was the right, the just, and the only thing to do."

Wilkerson, then the inspector general at Aviano Air Base in Italy and a former F-16 pilot, was found guilty of multiple charges to include aggravated assault. He was sentenced to a year in prison and dismissal from the service before Franklin overturned the conviction.

Ms Hanks accused him of fondling her breasts and genitalia as she slept in his guest bedroom, according to court documents. The two met at a club with groups of friends after a rock concert that was held on base, organized by the USO and featuring the alternative rock band, Seether, according to her testimony.

Ms Hanks is a divorcee. She worked as a civilian contractor in the medical clinic on the base. She alleged that she previously did not know Lt. Col.Wilkerson but some how she wound up at his home in Roverado. Ms Hanks said she awoke in a bedroom with Lt. Col.Wilkerson when his wife entered the room, turned on the lights and said: "What the hell is going on?"

Ms Hanks testified that the woman then ordered her to, "Get the hell out of my house."
In his letter, Lt. Gen. Franklin said he was persuaded in part by the many letters of clemency from family, friends and colleagues of the Lt. Col. Wilkersons that "painted a consistent picture of a person who adored his wife and 9-year-old son, as well as a picture of a long-serving professional Air Force officer."

Lt. Gen. Franklin also makes a point to cast doubt on Lt. Col. Wilkerson's failed polygraph test.
"A polygraph is only an investigative tool to assist in the potential focus of the investigation and/or to attempt to elicit admissions of guilt," he wrote. "It is not a ‘lie-detector test,' nor is it ‘pass' or ‘fail.' Because of the inherent unreliability of polygraphs, they are entirely inadmissible in a court-martial."

As one would expect, lawmakers and supporters of sexual-assault victims were shocked by Lt. Gen. Franklin's letter.

"This explanation crystalizes exactly why the convening authority should not have the unilateral ability to overturn a jury verdict -- and why we need legislation that restricts their ability to do so," Sen. Claire McCaskill, D-Mo., said in a statement. "This letter is filled with selective reasoning and assumptions from someone with no legal training, and it's appalling that the reasoning spelled out in the letter served as the basis to overturn a jury verdict in this case."

In light of the case, McCaskill introduced legislation that would curtail the authority of military commanders to dismiss jury convictions against sex offenders.

Protect Our Defenders, a nonprofit based in Burlingame, Calif., called for Lt. Gen. Franklin to be dismissed from the military. "Lt. Gen. Franklin made a deeply flawed and inappropriate decision," the group's president, Nancy Parrish, said in a statement. "Rather than rely on the credibility determinations of the senior members of the jury he selected, Franklin chose to accept the word of Wilkerson's supporters."

Lt. Col. Wilkerson will remain on active duty and is being transferred to Davis-Monthan Air Force Base, Ariz., where he will become chief of flight safety for the 12th Air Force (Air Forces Southern), according to Master Sgt. Kelly Ogden, a spokeswoman for the unit. He is expected to arrive later this month or in early May.

Defense Secretary Chuck Hagel on April 8 said he would ask Congress to pass legislation that would prevent commanders from overturning convictions without explanation.
In 2011, less than half of the reported 3,200 sexual assaults in the military resulted in disciplinary action, according to the Defense Department. The number of actual sexual assaults each year is probably closer to 19,000, based on anonymous surveys of active-duty service members. 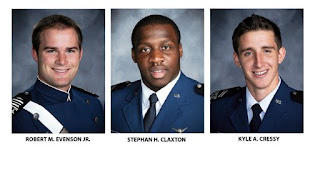 The number of sexual assaults at military academies has been on the rise. No cadet tried or convicted of sexual assault has had his conviction set aside by the Convening Authority.
Sexual assault reports at the Air Force Academy jumped nearly 60 percent during the last academic year while the prevalence of the crime remained about the same, according to a new Defense Department study.
The results, which mirror the two other service institutions — the Military Academy and the Naval Academy — signal greater victim confidence but show that efforts to reduce sexual assaults among future military leaders have been unsuccessful.
Air Force cadets made 52 sexual assault reports during the 2011-2012 year, up 58 percent from 33 in 2010-2011. They also accounted for 65 percent of the 80 reports made at all three academies, despite sim­ilar student populations.
In 44 of the 80 reports, victims said they were victimized by a fel­low cadet or midshipman, the study said. Twenty-five incidents occurred on academy grounds. 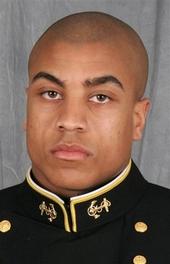 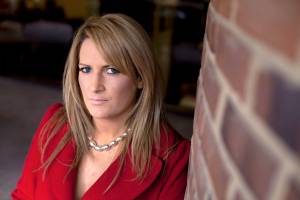 (Ariana Klay, former USMC officer)
Lt. Ariana Klay, a U. S. Naval Academy graduate, served as a protocol officer for the U. S. Marine Corps Barracks, Washington, DC. She alleged that while there, she was sexually harassed by a lieutenant colonel, a major and a captain. She said she was gang-raped by a Marine officer and his civilian friend, a former Marine.
Lt. Klay alleged that the Marine officer threatened to kill her and told his friend he would show him “what a slut she was” and “humiliate” her. After she reported the alleged rapes and subsequent harassment, the Marine Corps investigation ruled that she welcomed the harassment because “she wore makeup, regulation-length skirts as a part of her uniform and exercised in running shorts and tank tops.”
The Marine Corps did not punish any of those who were accused of sexually harassing Lt. Klay. One of her alleged harassers was granted a waiver by the Corps that permitted him to get a security clearance despite accusations of hazing and sexual misconduct against not only Lt.  Klay but many others. He was selected to be in a nationally televised recruitment commercial while he was still under investigation.
The Marine Corps finally court-martialed one of Lt. Klay’s alleged attackers but didn’t convict him of rape, instead finding him guilty of adultery and indecent language (a common escape by military courts from the rape charge). The military court ruled that Lt.  Klay “consented” to having sex with the men despite the evidence that the accused threatened to kill her. Lt. Klay has attempted suicide since the alleged rapes and harassment and has been diagnosed with post-traumatic stress disorder.
Posted by ichbinalj at 9:02 PM