America, what happened to you? You were once a bright shining light to the rest of the world. Now, you have been seduced by the Mother of All Harlots, and your bright shining light is growing dim. Your Enemy, like a roaring lion, is going to and fro seeking whom he may devour. He has empowered the homosexual group of sinners. They are fighting the proclamation of The Three Angels' message (Rev. 14: 7 et. seq.) 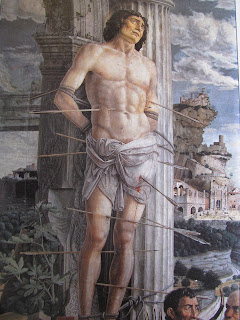 Famed Johns Hopkins pediatric neurosurgeon Dr. Ben Carson has withdrawn as this year's graduation speaker for the university, giving in to student demands after controversial remarks he made about gay marriage last month.
"Given all the national media surrounding my statements as to my belief in traditional marriage, I believe it would be in the best interests of the students for me to voluntarily withdraw as your commencement speaker this year," Carson said in an email to Hopkins medical school dean Paul Rothman, according to the Washington Post. "My presence is likely to distract from the true celebratory nature of the day. Commencement is about the students and their successes, and it is not about me."
Carson, who has been a steady media presence since his headline-making National Prayer Breakfast speech in February, sparked controversy after he seemed to compare gay relationships with bestiality and pedophilia during a TV interview two weeks ago.
"Marriage is between a man and a woman," Carson said on Fox News' "Hannity." "It's a well-established, fundamental pillar of society and no group, be they gays, be they NAMBLA, be they people who believe in bestiality -- it doesn't matter what they are, they don't get to change the definition."
Following his remarks, Hopkins students took up a petition for a new speaker, calling his views, "incongruous with the values of Johns Hopkins and deeply offensive to a large proportion our student body."
(As Paul told Timothy, "In the last days, perilous times shall come. For men will be lovers of themselves, lovers of money, boasters, proud, ..unthankful, unholy, unloving, unloving, unforgiving, slanderous, without natural affection, .. despisers of good, lovers of pleasure rather than lovers of God...They will not endure sound doctrine, but according to their own desires because they have itching ears, wanting to hear that which pleases them. They will turn away their ears from the truth, and turning to fables." (2 Tim. 3,4) Today this scripture is fulfilled in front of our eyes.
Carson offered an apology on TV several days later, saying he "never had any intention of offending anyone." He apologized again last week in an email to the whole Johns Hopkins community, writing that his "poorly chosen words caused pain for some members of our community and for that I offer a most sincere and heartfelt apology."
Carson's second apology came the same day Rothman issued a statement calling Carson's comments "inconsistent with the culture of our institution" and saying he would meet with students who wanted him out as graduation speaker.

Posted by ichbinalj at 9:31 PM