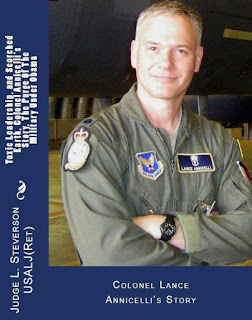 
This is the Story of Lieutenant Colonel Lance Annicelli, United States Air Force. It is told in the first person in his own words. No one could tell his story better. What comes across in his telling of this unbelievable nightmare is his decency, compassion, and plain speaking.
This is also a shocking story. It is frank and honest but with an under tone of anger. It cuts against the grain; it strains credulity.  It is one of many similar stories being told concerning the purge of the American military senior officer corps during the period between 2008 and 2016. 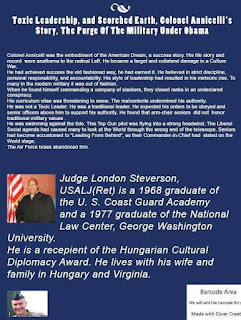 Posted by ichbinalj at 2:27 PM