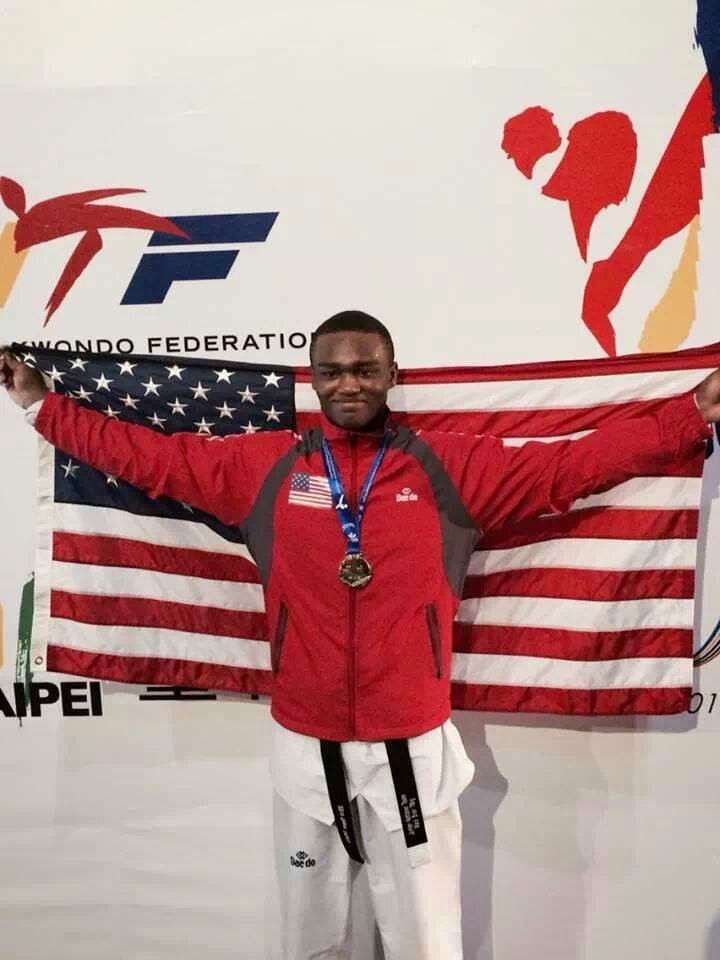 Brandon Ivey is the first Heavyweight Black Belt Taekwondo Champion from America since 1986. He is a junior at Briar Woods High School in Ashburn, Virginia.
http://voices.yahoo.com/dare-great-brandon-ivey-story-12637523.html?cat=37http://voices.yahoo.com/dare-great-brandon-ivey-story-12637523.html?cat=37
Champions are made, not born. It takes a family to produce a potential champion; and an old Chinese Proverb says that when the student is ready, the teacher will appear. When Brandon was ready, his master teacher appeared. That teacher is Master Dennis Kim from the USTigers World Taekwondo Federation (WTF) School of Taekwondo, Haymarket, VA.
On March 23 Brandon Ivey represented the USA in the World WTF Taekwondo Championship Tournament in Taipei, Taiwan, Republic of China. He defeated FIVE heavy weight black belt fighters from various countries around the World. It was a single elimination tournament and Brandon went undefeated. All of his fights were razor-edge close. The final match was a sudden death overtime match against Hamza Kattan of Jordan. Brandon won the match 5-4. His opponents were champions from the republic of the Philippines, Azerbaijzan, Spain, Russia, and Jordan.
Read the full story at  http://voices.yahoo.com/dare-great-brandon-ivey-story-12637523.html?cat=37
Posted by ichbinalj at 8:17 AM