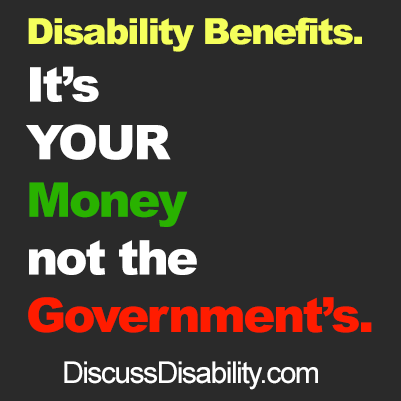 A court has approved a settlement agreement in a class action lawsuit involving Social Security Disability claimants in the State of New York. The agreement will provide claimants with new hearings.
January 24, 2014 - A settlement agreement has been reached and approved by the court in a class action lawsuit involving Social Security Disability claimants in the State of New York. Among the different types of relief stipulated in the agreement, claimants are to receive fresh hearings in front of new Administrative Law Judges, or ALJs.
(The specifics of the lawsuit)
In 2011, various Social Security Disability applicants who sought disability benefits received unfavorable or partially favorable judgements by one of five ALJs from the Queens, New York Office of Disability Adjudication and Review (SSA/ODAR).
The claimants argued that the rulings were biased.
In April 2011, they filed a lawsuit against the Social Security Administration. The case was later filed as a class action and expanded to include approximately 4,000 total Social Security Disability claimants.
Attorneys for both sides worked toward a resolution throughout the various months thereafter. (Settlement approved)
A settlement agreement was officially approved by the United States District Court for the Eastern District of New York. The approval came after written comments provided to the court as well as information obtained from the settlement hearings, among other evidence, were reviewed.
The Settlement Agreement includes individual, retrospective and prospective relief for claimants, new training and mentoring for ALJs, and a new Social Security Ruling, or SSR.
(New hearings for class members)
In more specific terms, the Settlement Agreement stipulates that all eligible claimants, those who received unfavorable or partially favorable decisions from one of the named ALJ, defendant judges during the period stipulated in the complaint, will receive new hearings. The Social Security Administration indicates plans to send out notices to each claimant by the end of next month. Eligible claimants are provided 60 days to request a new hearing once their notices are received.
(Other settlement stipulations)
The Settlement also stipulates that an automatic review will be conducted by the SSA's Appeals Council (A/C)for any new claimants who receive unfavorable decisions (those that commenced October 2013 and for 30 months thereafter) by any one of the five ALJs named in the recent lawsuit. If the A/C determines any unfavorable decisions are legally insufficient, the claimant will automatically receive a fresh hearing in front of a new ALJ.
Under the agreement, the SSA will also provide additional training and mentorship to all ALJs to help them improve the ways they handle and conduct Social Security Disability hearings in the future. Additionally, the settlement stipulates a new Social Security Ruling that details new procedures on how to address allegations of "unfair ALJ hearings, ALJ bias, and ALJ misconduct."
( Article provided by The Klein Law Group, P.C., at www.thekleinlawgroup.com)