Freedom of Speech isn't Free. It  is not free from intimidation or retaliation. Sometimes silence may be golden and more peaceful.
If you are an educated, critical thinker and of a different opinion concerning the current political hot topic, you may want to think twice before voicing your opinion. You may find it is true that no good deed or opinion goes unpunished.
If you think that ObamaScare is a train wreck, or that the Democrats or the Republicans are more responsible for the Government slowdown, or that the NSA spies on American citizens, or that Cadet Webster Smith was a victim of racial bias, you might want to hold your tongue; or, at least, think twice of the possible adverse consequences to you personally before making your opinion known. Discretion may be the better part of valor; and silence may be golden. Your silence may allow you to keep a greater portion of your hard-earned gold, because the IRS is alive and well and going to and fro like a roaring lion seeking which First Amendment free thinker it may devour.

Tea party groups, Reverend Franklin Graham, Christine O'Donnell, and a pro-marriage group have all discovered that the price of free speech in today's society is an audit of your personal finances by the IRS. And now Dr. Ben Carson has made the "List".
The list of conservatives targeted by the Internal Revenue Service for audits, tax-exempt reviews or tax privacy breaches keeps growing, raising fresh questions in Washington about whether a scandal the Obama administration has blamed on bureaucratic incompetence and coincidence may in fact involve something more nefarious.
The latest revelation came Thursday from Dr. Carson, the renowned neurosurgeon who told The Washington Times that he was targeted for an audit just months after he gave a speech in front of President Obama that challenged America’s leadership. The agency requested to review his real estate holdings and then conducted a full audit.In the end, the IRS found no wrongdoing, Dr. Carson said, but it raised his suspicions about being singled out for his speech.
“I guess it could be a coincidence, but I never had been audited before and never really had any encounters with the IRS,” Dr. Carson said in an interview. “But it certainly would make one suspicious because we know now the IRS has been used for political purposes and therefore actions like this come under suspicion.”
Melanie Sloan, head of the watchdog group Citizens for Responsibility and Ethics in Washington (CREW) and a former Justice Department prosecutor during the Clinton years, said she had not been that concerned about the IRS reviews of the growing number of tea party groups but the story of Dr. Carson’s audit raised red flags.
“I have not been particularly persuaded in the past with the IRS targeting of the tea party groups. But this one seems a little odd. This certainly raises questions that I assume someone will begin to investigate,” she said.
Dr. Carson, whose rise from poverty and medical work with pediatric patients were celebrated in the movie “Gifted Hands,” is the latest in a growing number of high-profile figures to come forward and
The Rev. Franklin Graham and others have said either they or their organizations were singled out by the IRS, while former Senate candidate Christine O'Donnell said she was audited and that someone used the IRS system to access her private tax information.On Wednesday, the National Organization for Marriage announced that it would sue the IRS, saying it has evidence that someone within the agency leaked the group’s donor list to its political enemies in 2012.
As in the other instances, the organization claims no one at the IRS has been held responsible.
Calls to the IRS went unanswered Thursday. Much of the agency’s staff has been furloughed as a result of the federal government shutdown.
In the past, the IRS has declined to discuss specific audits, citing privacy laws. Such instances typically come to light only when individuals or businesses divulge that they’ve been targeted.
That was what happened this week. During a speech in Alabama, Dr. Carson made a vague reference to having his first “encounter with the IRS.”
The encounter came just four months after his speech in February at the National Prayer Breakfast, an address that brought him into the national spotlight and one in which he decried the “moral decay and fiscal irresponsibility” of the U.S. in recent years.
Since then, he has electrified the conservative world and fueled talk of a presidential run with speeches and other works, including his weekly column for The Times.
Dr. Carson said IRS agents contacted him in June and asked to look at his real estate holdings. After finding nothing that concerned them, the agents informed him that they were conducting a full audit of his finances and asked to go back an additional year to review his records, he said.
They ended the review in August after finding no problems.
“They told me everything was in good standing and left,” Dr. Carson said.
Asked whether he thought the audit was a retaliation for his speech, Dr. Carson quipped: “I guess I’m surprised it took them that long.”
He said the more serious issue is that the IRS has been politicized — “something that never should have happened” — and that leaves all of its activities open to suspicion. 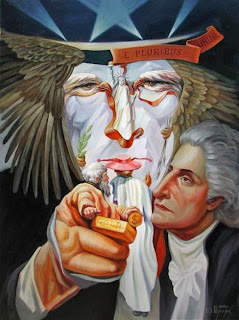 Indeed, Dr. Carson isn’t the first high-profile conservative figure to come under fire from the IRS.
Earlier this year, Ms. O’Donnell — a former Senate candidate from Delaware who rose to prominence amid heavy tea party backing — revealed to The Times that she, too, had been audited and also had her personal tax information breached.
Ms. O’Donnell’s tax records were accessed by David Smith, an investigator with Delaware’s Division of Revenue.
Revelations about that access, which took place in March 2010, spawned an inquiry by the U.S. Treasury Department and denials by Delaware officials that anything inappropriate had taken place.
It also has spawned a congressional investigation spearheaded by Sen. Chuck Grassley, a powerful Iowa Republican.
Ms. O’Donnell’s story, which also includes an erroneous lien placed on a home she no longer owned, broke just as the IRS inspector general acknowledged that at least four politicians or political donors have had their personal tax records improperly accessed since 2006. One of those cases involved a willful violation of federal law.
The Justice Department has declined to prosecute any of the cases.
Also this year, Mr. Graham, son of legendary evangelist the Rev. Billy Graham, wrote a letter to Mr. Obama in which he accused the IRS of targeting two of his nonprofit organization for political purposes.
Mr. Graham heads the Billy Graham Evangelistic Association and Samaritan’s Purse, a worldwide relief group.

In his letter, Mr. Graham said he believes “someone in the administration was targeting and attempting to intimidate us.”