Military Wakes Up To Proposed Broad Reach Of Civilian Reformers 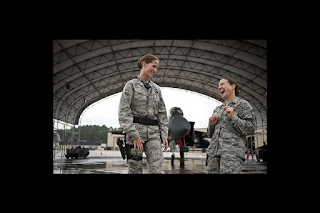 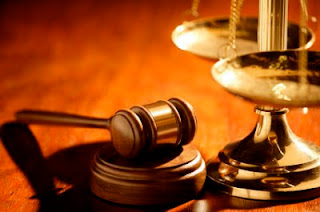 WASHINGTON (AP) — The Uniform Code Of Military Justice (UCMJ) gives American military commanders  substantial power to discipline the troops they lead. However an epidemic of sexual assaults in the armed forces has Congress considering changes to that well established authority.
The big question is by how far and how wide?

Army Gen. Martin Dempsey, chairman of the Joint Chiefs of Staff, and the four-star officers atop each service are scheduled to testify June 4th at a Senate hearing on congressional proposals to modify theUCMJ with the aim of staunching the escalating number of sexual assaults that have outraged the military and the public.
Dempsey and other military leaders say they are open to legislative solutions to the problem. But, they are deeply concerned that too drastic an overhaul by Congress will lead to unintended and alarming consequences.

Curbing too sharply a commander's ability to decide how and when to punish or pardon service members will send a message there is lack of faith in the officer corps, and that in turn will undermine the efficiency and effectiveness of the military in peacetime and war, Dempsey warned in a recent letter to Sen. Carl Levin, D-Mich., chairman of the Senate Armed Services Committee.
Paradoxically, the Defense Department's failure so far to change the military's male-dominated culture is driving a vocal group of mainly female lawmakers led by Sen. Kirsten Gillibrand, D-N.Y., to advocate aggressive reforms.
Tinkering at the edges, they argue, won't produce the seismic shift needed to send the message that sexist attitudes and behaviors will no longer be tolerated. Victims need to be confident that if they report a crime their allegations won't be discounted and they won't face retaliation.
The latest in a string of allegations came May 31, 2013.
The Pentagon said the U.S. Naval Academy is investigating allegations that three football team members sexually assaulted a female midshipman at an off-campus house more than a year ago, and a lawyer for the woman says she was "ostracized" on campus after she reported it.
The Naval Academy investigation follows several recent arrests: A soldier at the U.S. Military Academy at West Point was charged with secretly photographing women, including in a bathroom. The Air Force officer who led the service's Sexual Assault Prevention and Response unit was arrested on charges of groping a woman. And the manager of the Army's sexual assault response program at Fort Campbell, Ky., was relieved of his post after his arrest in a domestic dispute with his ex-wife.
The Pentagon estimated in a report last month that up to 26,000 military members may have been sexually assaulted last year, up from an estimated 19,000 assaults in 2012, based on an anonymous survey of military personnel. While the number of sexual assaults members of the military actually reported rose 6 percent to 3,374 in 2012, thousands of victims are still unwilling to come forward despite new oversight and assistance programs aimed at curbing the crimes, the report said.
Those numbers and outrage over two recent decisions by Air Force generals overturning juries' guilty verdicts in sexual assault cases are generating support for Gillibrand's proposal to largely strip commanding officers of the power to toss out a verdict, a change initially recommended in April by Defense Secretary Chuck Hagel and backed by Dempsey, the service chiefs and many members of Congress.
But Gillibrand's bill goes much farther — too far, according to Dempsey. It would remove commanders from the process of deciding whether serious crimes, including sexual misconduct cases, go to trial. That judgment would rest with seasoned trial counsels who have prosecutorial experience and hold the rank of colonel or above.
Her legislation, which has 18 cosponsors that include four Republicans, also would take away a commander's authority to convene a court-martial. That responsibility would be given to new and separate offices outside the victim's chain of command.
"The current system allowing commanders to have sole discretion in the disposition of legal matters is clearly broken and has a chilling effect on reporting," said Gillibrand, who chairs the Armed Services Committee's personnel subcommittee. "We must ... increase accountability within the system by removing the influence of the chain of command in the prosecution of intolerable crimes."
In a May 20 letter to Levin, Dempsey said taking away a commander's ability to convene a court-martial would "radically" alter a principal tenet of military law dating back two centuries and merged more than 60 years ago into a single Uniform Code of Military Justice.
"While Congress has modified the UCMJ from time to time, it has never removed commanders from the military justice system," Dempsey wrote. "The consequences of such a decision would be far-reaching and extraordinarily damaging to the nation's security."
Whether all or parts of Gillibrand's Military Justice Improvement Act are added to the defense policy bill for the 2014 fiscal year remains to be seen.
But changes are coming. The GOP-led House Armed Services military personnel subcommittee used Hagel's April recommendation as a starting point and then went further in a bill it approved two weeks ago.
In addition to taking away the authority to reverse courts-martial rulings, the subcommittee voted to establish dismissal or dishonorable discharge as the mandatory minimum sentence under military law for service members found guilty of rape, sexual assault, forcible sodomy or an attempt to commit those offenses. Commanders also would be barred from reducing or commuting the minimum sentence except in situations where the accused substantially aided the government in the investigation or prosecution of another assailant.

The House bill, however, stops short of taking those cases outside the chain of command, as Gillibrand's bill proposes. Rep. Michael Turner, R-Ohio, who co-chairs the House Military Sexual Assault Prevention Caucus, said the focus should be on preventing sexual assaults, not scrapping central elements of the current military justice system.
The hearing June 4 may indicate how far the Senate Armed Services Committee is willing to go. A final plan will eventually be produced after any differences between the House and Senate are resolved.
Levin has not publicly stated his position on Gillibrand's proposal but has made clear he is dissatisfied with the Pentagon's efforts to eradicate what he has described as the "plague of sexual assaults in the military."

And Sen. Claire McCaskill, D-Mo., an Armed Services Committee member and critic of the Pentagon's handling of sexual assault cases, isn't co-sponsoring Gillibrand's bill, backing instead many of the changes the House panel approved.
McCaskill told reporters last month that she's not opposed to Gillibrand's legislation but wants to be sure Congress doesn't squander a chance to pass a bill because of partisan differences over its scope. "I am tired of trying to legislate around the gridlock in Congress," she said.
___
Posted by ichbinalj at 6:54 AM