Social Security Retirement Is A Right. It Is Not A Benefit. 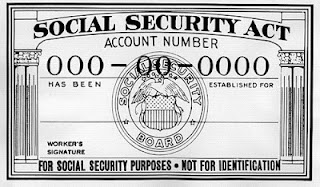 ”This isn’t a benefit – its earned income!Not only did we all contribute to Social Security but our employers did too.It totaled 15% of our income before taxes.If you averaged $30K per year over your working life, that's close to $180,000 invested in Social Security.If you calculate the future value of your monthly investment in social security ($375/month, including both you and your employer’s contributions) at a meager 1% interest rate compounded monthly, after 40 years of working you'd have more than $1.3+ million dollars saved! This is your personal investment.Upon retirement, if you took out only 3% per year, you'd receive $39,318 per year, or $3,277 per month. That’s almost three times more than today’s average Social Security benefit of $1,230 per month, according to the Social Security Administration (Google it - it’s a fact).

And your retirement fund would last more than 33 years (until you're 98 if you retire at age 65)!I can only imagine how much better most average-income people could live in retirement if our government had just invested our money in low-risk interest-earning accounts.Instead, the folks in Washington pulled off a bigger Ponzi scheme than Bernie Madoff ever did.They took our money and used it elsewhere. They “forgot” that it was OUR money they were taking. They didn’t have a referendum to ask us if we wanted to lend the money to them. And they didn’t pay interest on the debt they assumed. And recently, they’ve told us that the money won’t support us for very much longer. But is it our fault they misused our investments? And now, to add insult to injury, they’re calling it a “benefit,” as if we never worked to earn every penny of it. Just because they “borrowed” the money, doesn't mean that our investments were a charity!

Posted by ichbinalj at 8:42 AM